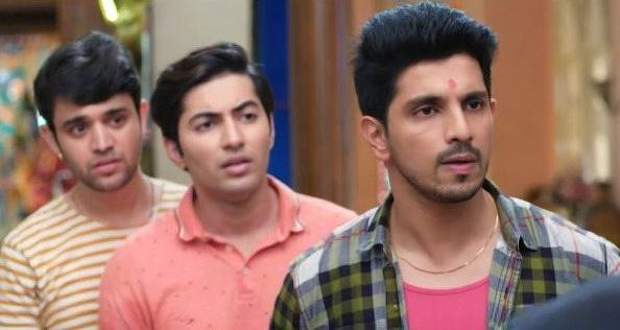 Today's Pandya Store 13th July 2022 episode starts with Suman denying the idea of every one of using the money and criticising Dhara for her idea of investing.

Dhara tells her how she would splurge and suggests investing but Suman denies and tells her to only focus on the house.

Everyone starts shouting and discussing their ideas to which Suman shouts and asks about the prize money if they deserve it and divides 50,000 each and keeps the rest for home repair.

She says she also wants financial freedom and tells Dhara to ask for money if she wants it for the household.

Everyone is enjoying themselves as they get money.

Raavi buys a mobile and selfie stick and gives the rest to Dhara for house repair.

Shiva, Gautam and Dev give their money to Dhara for house repair on which she tells Shiva to deposit money in the baby’s accounts for savings.

Rishita denies to contribute as she has other plans with money when asked for a contribution.

Krish buys a bike with the money on which Kirti asks if he won a lottery as he now parties every day. He agrees and tells her to keep it a secret and hugs Kirti.

Here everyone is happy after house repairs.

After one month, Suman scolds Raavi for lights even in the morning and is tensed about what is happening to everybody after they have got money.

Here Suman's friend visits her and praises her house when she sees the electricity bill and calls Krish in shock.

Meanwhile, Krish makes pasta for Rishita as he wants to tell her about him and Kirti but is distracted as his mother calls.

Suman asks how much the bill is and Krish shockingly tells her it's 15000 and he switches off the lights.

Suman shouts to call everybody and asks Kanta to leave as she wants to talk to her family.

Suman scolds everyone for their lifestyle after winning prize money but they blame each other.

Suman asks before house repair how much the bill amount used to and refuses to pay the bill.

Dhara tells it was around 1500 and tells Suman tells if they did not pay the bill the power would go off.

Suman agrees and says if they want electricity they must pay the bill themselves to teach them a lesson.