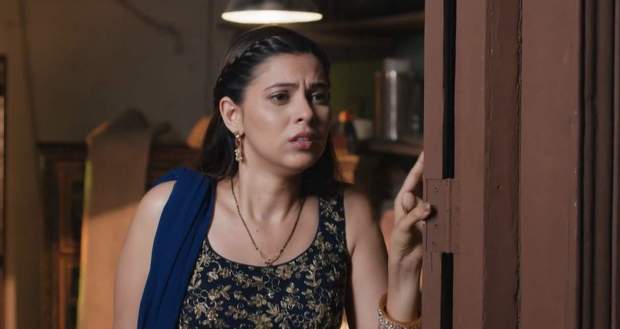 Raavi tells him that she knows his dreams and wants him to pursue them.

However, he tells her that he can't imagine going to school in the present while Raavi suggests distance learning.

Shiva tells her to not dream and leaves from there while Raavi encourages herself saying that she won't stop until Shiva restarts his studies.

Meanwhile, outside the Dwivedi mansion, Kamini notices Dhara and goes to stop her before Rishita notices her.

Kamini tries to hurt Dhara's feelings by saying that Rishita doesn't want to return with them and sent back both Shiva and Gautam.

However, Dhara retaliates by challenging Kamini that she will bring Rishita with her like before.

Meanwhile, at the Pandya Store, Gautam sees Dev and tells him to come inside as it is his shop.

Just then, Shiva comes there and insults Dev for returning to the shop, living with the Dwivedi family,  and accepting everything Rishita says.

Shiva gives Dev his part of the money and leaves from there saying that he will return when Dev decides where he wants to stay.

Dev also gets furious and leaves from there saying that he will only return when Shiva apologizes to him.

Later, Gautam notices the store in front of them being cleaned and learns that a supermarket is being made there.

Shiva returns home to see Raavi using Rishita's laptop and makes her stop it saying that he doesn't want any other drama.

Suman sees Gautam and informs him that she has opened it as it is her house and she can do what she wants.

However, Gautam locks the door and tells Shiva to give the keys to Rishita while apologizing to Dev.

Raavi comes forward and questions why Shiva has to apologize.

Gautam tells her about the incident at the Pandya Store and she states that if that is the case, then Rishita and Dev should apologize to the family.

Shiva feels glad to have someone stand up for him and tells Gautam that he won't apologize to Dev.