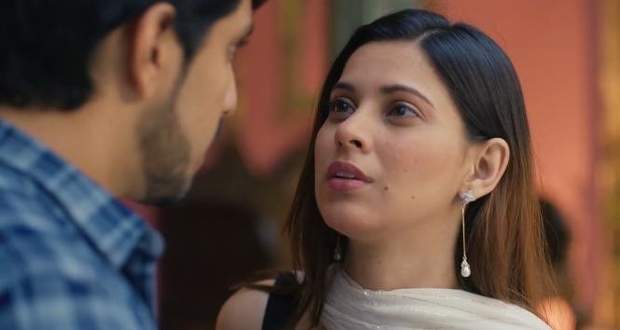 Gautam and Krish leave to look for Shiva with the excuse that they are going to look for him on the way.

However, Raavi feels something suspicious and gets a hold of the tv to see the news.

Raavi tries to use the master tv remote but Dhara takes it and throws it to Dev who fails to catch it and says that they will have to buy another one.

Elsewhere, Gautam cries thinking of Shiva while Krish notices an oncoming truck and manages to save themselves.

Back at the Pandya house, Raavi again tries to watch tv but Dhara breaks it so that Raavi doesn't see the news.

Further, Rishita and Suman come there and ask if Shiva returned after which Dhara lies to them that she talked to Shiva earlier and he is coming along with Gautam and Krish.

Further, to calm the atmosphere, Raavi informs them of the news when she notices Dhara about to have a panic attack and stays silent.

The next morning, Shiva and Gautam reach the crash site and search for Shiva while Krish comes across a dead body and thinks that it is Shiva's.

Just then, they hear the announcement to get the things of the deceased people from the front desk and check if the person they are looking for is dead or alive.

They both rush to see the page of names and they both get shocked to see Shiva's name on it.

Gautam refuses to accept it while Krish tries to comfort him.