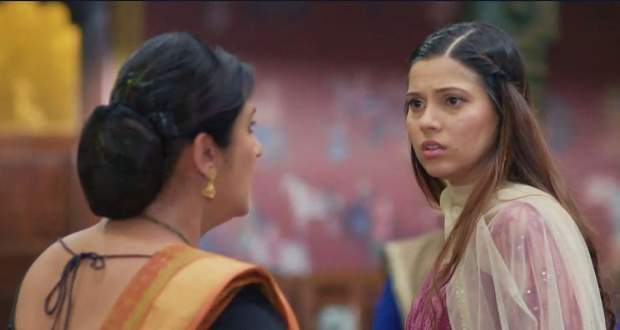 However, Gautam refuses to accept that Shiva is dead and says he must have saved himself from the crash and run away.

They both go to the police for help and the police tell them to check the luggage first.

They both reluctantly go there and check to find Shiva's wallet with blood on it.

Gautam falls to the ground crying and ignoring the calls from the family while Krish notices something and foes towards it with an erratic heart.

Meanwhile, Prafulla sees Krish and Gautam through the news and thinks to go to Pandya's house.

Back at the crash site, Krish checks the ambulance and sees the covered dead body wearing Shiva's shoes.

Krish recalls his moments with Shiva and falls to the ground shouting his name.

At the Pandya house, Suman's friend and Prafulla rush there and inform them of the news.

Police go near Krish and ask him if he identified the body but don't get a response while Gautam walks towards them.

Gautam also starts crying while a man gets his sign on a paper and leaves.

Raavi sees the news on the phone and gets emotional spiraling down the road of self-doubt.

Raavi starts getting angry and berates the family and questions why they didn't tell her as it is her right to know being Shiva's wife.

However, the call does not connect as Raavi cries calling out to Shiva.