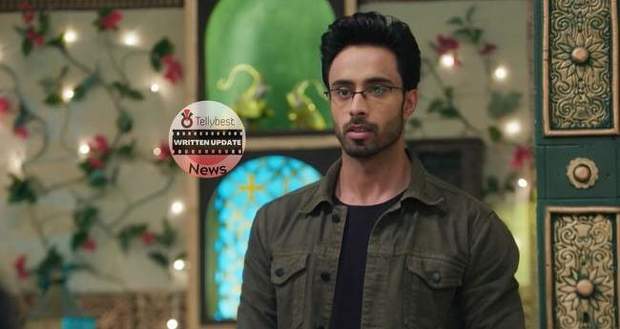 Today's Pandya Store 15th September 2022 episode starts with Gautam returning and informing the members that they got a sketch of the lady abductor with Prakash's help.

Swetha gets worried while Raavi informs Gautam and the remaining brothers that Dhara left the house to find Chiku.

Later, Krish finds Dhara on the side of the alley with her feet bleeding and her health becoming hectic.

The next morning, Dhara's health keeps deteriorating while Rishita tries to feed an inconsolable Dhara.

Meanwhile, Swetha takes a handful of snacks and eats them away from the family thinking that they are dumb for not eating.

On the other hand, Forum learns that the police are distributing sketches of her side profile and gets worried while Chiku keeps lying.

Back at the Pandya house, Krish catches Swetha eating and scolds her while she makes up a lie that she has to eat something so that she can consume her medicines.

Further, Forum thinks about returning Chiku to the Pandya house and revealing everything when Swetha calls her and manages to convince her.

Forum gets worried as she notices that Chiku has a fever when the call with Swetha also gets disconnected.

On the other hand, the Pandya family forms an idea and gets Raavi to go live on their social media accounts to appeal for finding Chiku.

Rishita rebukes Swetha for being against the idea of finding Chiku while Raavi reveals to the family that she went to Arnav and tried to get her account recovered.

Further, Raavi calls Arnav and tells him to help her increase the reach of the live video she did about Chiku and he tells her to make a post with Chiku's picture in it.

© Copyright tellybest.com, 2020, 2021. All Rights Reserved. Unauthorized use and/or duplication of any material from tellybest.com without written permission is strictly prohibited.
Cached Saved on: Saturday 1st of October 2022 11:06:13 PM