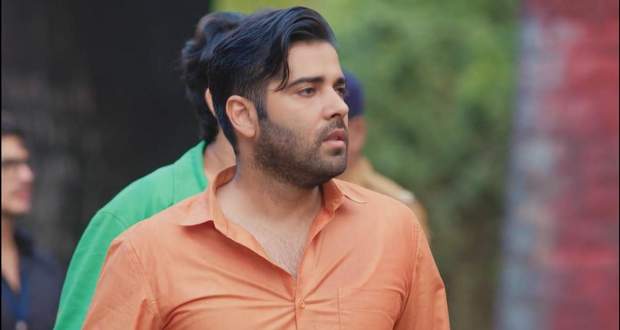 Today's Pandya Store 16th June 2022 episode starts with Raavi shouting Shiva's name while Suman tells her to not shed even a single tear as he is going to return.

Meanwhile, Gautam and Krish are on their way to the house with Shiva's ashes.

Raavi stands up saying that Shiva has to come back and goes towards the door but stops seeing Gautam and Krish.

However, seeing their somber expressions, the family stays still in silence while Raavi questions them about where they left Shiva.

After not getting any answer from them, Raavi runs outside and shouts for Shiva not noticing the clay urn holding Shiva's ashes.

Dhara and Rishita question Gautam about Shiva while Raavi frantically searches for him with tears in her eyes.

Gautam goes to Suman and starts sobbing in her lap while Raavi returns and demands an answer from Krish.

Surprising everyone, Krish brings out the anklet that Shiva had refused to give anyone and keeps in his wallet to Raavi which shocks everyone.

Dev puts a hand over his mouth in disbelief while Prafulla looks on.

Raavi reimagines her moments with Shiva and slaps Krish due to her overwhelming emotion.

Refusing to accept Shiva's death, Raavi questions Krish once again but Krish shakes his head to say no.

The family stays silent for a moment while Dhara falls unconsciously unable to accept the truth.

Raavi goes into shock and says that Shiva can't leave her alone as the family cries in sorrow.

Gautam tells Dhara that he wasn't able to save Shiva and that they had to do the last rites in the forest as the body was not in the condition to bring back.

Gautam cries saying that Shiva's face was so damaged that it was unrecognizable.

However, Raavi calls everyone a liar and locks herself in her room saying that Shiva will return and prove them wrong.

Dhara tries to convince Raavi to unlock the door but slides down sobbing as she gets emotional remembering her moments with Shiva.