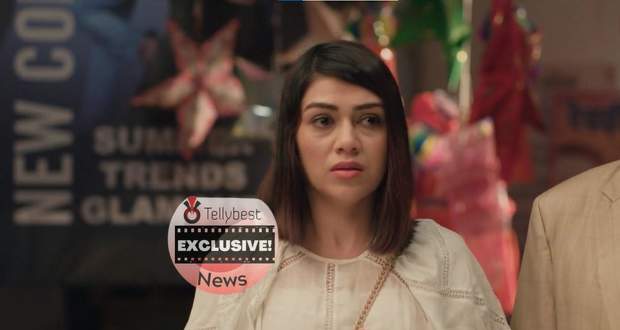 She gets anxious and tells Suman she will divorce Dev since she doesn’t want to live with a man who can’t even be present at his baby’s birth.

Dhara agrees while Suman tells Rishita not to cry.

Meanwhile, Raavi enters the house and tells Dhara that Dev, Gomby, Shiva, and Krish are all in jail.

When Rishita hears this, she says that her divorce from Dev is final.

Suman groans and says it is not Pandya Family if some drama does not happen on an auspicious day.

While Rishita cries and grumbles, Suman says she will call her lawyer friend and get all her ‘Bahus’ divorced, and then the girl gang will rule in the Pandya House.

Meanwhile, at the police station, Dev asks the police officer to let them go because he just became a father.

The police officer smiles and agrees but asks the four brothers to do sit-ups as their punishment.

On the other hand, Swetha is out for dinner with her parents who ask her to get Chiku as soon as possible.

Swetha does not want this to happen and worries about what to do.

Gomby, Krish, Dev, and Shiva return back dancing and rolling the drums but they meet with an angry Raavi and Dhara.

Dev stumbles to his feet and rushes to see his baby but Suman stops him.

Suman says that her Bahus are giving divorce so Gomby, Shiva, and Dev can get out of the Pandya House.

Suddenly, Krish chuckles and says it is good he did not marry Keerti otherwise he would have to leave the house too.

However, Dev gets on his knees and loves his baby girl, and apologizes to Rishita.

Gomby tells Suman that they did not get into a fight with anyone but the police thought they were fighting with a Rickshaw-waala.

At night, Rishita gets settled and cozy with her baby while Dhara excitedly prepares a list of things to buy for both Chiku and Rishita’s baby.

However, both Gomby and Shiva are scared of Dhara getting too attached to Chiku and want to wait until Chiku is legally theirs.

Gomby further advises Dhara to love Rishita’s baby as much as possible but leave her upbringing to Rishita and Dev only.