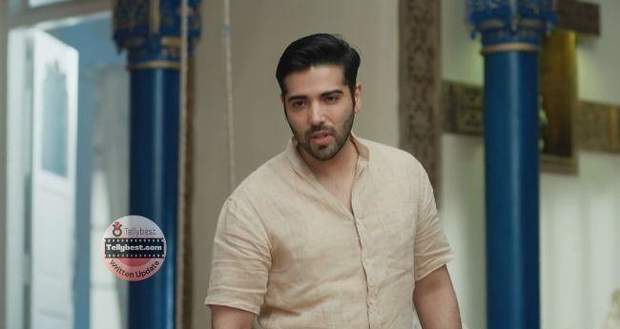 When Shweta looks stunned, an angry Gautam mutters that he knows Shweta can do anything for money.

Shweta even tells Gautam that this money is not much for him as she knows about Pandya Store sales, Suman’s locker, and his bank balance.

Meanwhile, in Pandya’s house, Dhara is washing dishes while she gets flashbacks of Shweta begging with Chiku and lets out her frustration by washing the dishes with a loud noise.

On the other hand, Shweta orders Gautam to make everyone sign the papers which will state she has not gotten the money from Pandya’s family for Chiku and even adds she wants to use this money to go away.

Gautam who is shocked by the amount urges Shweta to give him some time to collect the cash and Shweta informs Gautam he can take as long as he wants, she will be waiting for him on the streets with Chiku.

Elsewhere, in Pandya’s house, Rishita feels sad looking at Dhara working alone with a poker face and after Dhara walks away, she is also walking towards her room, when the bag falls from her hand and Raavi offers to help.

Rishita orders Raavi not to bother as Raavi will taunt Rishita again by saying she is making Raavi do all the baby work and Rishita also advises Raavi to search for a new job in a stern voice.

While Raavi looks at Rishita with a gloomy expression, Rishita walks away with Chukti in her arms.

Meanwhile, Shweta murmurs to herself that this signing will cause the Pandya family to fight each other, and even if they all sign the papers, she will make sure to break the Pandya family in pieces with an evil smirk on her face.

The neighbor aunty arrives there at the same time and happy Shweta offers to buy her a week of groceries for all the help.

In the meantime, Gautam is thinking about how he will arrange the money while Shiva and Dev get confused noticing Gomby’s grim face.

After Gautam walks away, Shiva tells Dev that maybe Krish is right they have failed Dhara and Gautam today.

On the other hand, Gautam is going everywhere in search of money but everyone denies him and he walks away feeling helpless.

Later, while Dev informs Shiva that Dhara does not consider them as her real sons otherwise she will not miss Chiku, Krish arrives there and announce they are at fault this time.

Krish even urges Dev and Shiva not to listen to their wives for some time and Shiva looks at him with tears in his eyes.

In the meantime, Gautam meets a vendor who orders Gautam to sell cheap products in his store if he really wants the money but Gautam walks away after firmly announcing he will not lower his store's reputation.

Meanwhile, in the Pandya house, Shiva, Dev, and Krish both try to make Dhara smile by giving her compliments and a saree but Dhara denies it.

Outside Pandya’s house, Shweta throws a stone at Pandya's house while telling Chiku that this family is the reason that they are on the streets.

© Copyright tellybest.com, 2022, 2023. All Rights Reserved. Unauthorized use and/or duplication of any material from tellybest.com without written permission is strictly prohibited.
Cached Saved on: Wednesday 25th of January 2023 12:34:59 PMCached Disp on: Sunday 5th of February 2023 03:57:35 AM