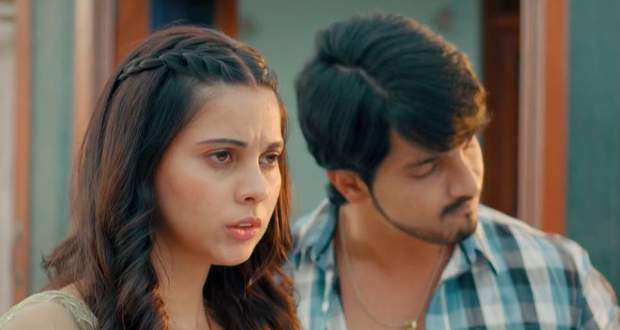 Today's Pandya Store 17 May 2021 episode starts with Shiva dancing to 'Mere Dholna Sun' while Rishita demands Dev to make Krish apologise to her.

Krish reluctantly apologises to Rishita while Dev takes away Rishita who is upset that Dev didn't stand up for her.

Gautam is about to hit Krish while Dhara stops him but Krish leaves in tears.

Meanwhile, Rishita acts upset with Dev who figures out what happened and tells Rishita that she needs to respect elders if she expects to be respected by her younger.

Krisha angrily dances and decides to take revenge on Rishita.

Rishita decides to go to her parent's house feeling that Dev doesn't care about her.

Elsewhere, Suman gives money to Prafulla and tells her to donate it while Prafulla taunts her for not having a daughter.

Shiva acts of falling unconscious in front of Raavi and makes her worried.

He then fights with her for revealing everything to Dhara while Suman thinks to get back at Prafulla.

Dev romances with Rishita and gifts her earring to make her happy.

Later that night, Krish dresses up as a lady and tries to hide from the family members while Shiva distracts them.