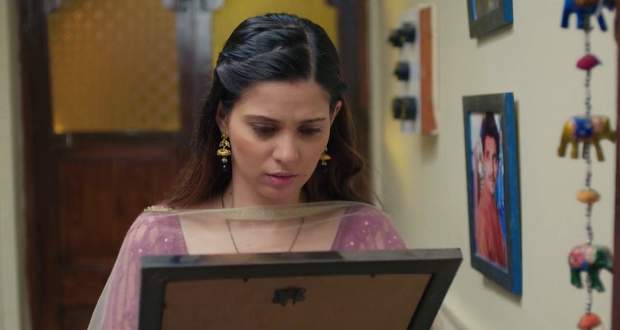 Today's Pandya Store 18th June 2022 episode starts with Prafulla saying that what happened to Shiva was unfortunate and she will take Raavi home now with her.

Suman asks her why she would take her daughter-in-law back as, after Kanyadaan, her in-laws' home is her home.

Raavi falls in the arms of Suman and tells her to not worry, saying that Shiva will return.

As Shiva is lying unconscious in the home of the villagers, he remembers his mother and his Chipkali.

The doctor of the village comes to see Shiva and recommends some medicines for him.

Dhara asks Rishita to eat something but she refuses as she feels sick.

Raavi sees this and goes out to make some food for Rishita.

Seeing this, a lady stops her and says that the gas stove cannot be used till the 13th day of Shiva’s death.

Raavi says that Rishita is pregnant and needs to eat well.

The ladies get offended by the breach of traditions and leave their house.

After fifteen days, Gautam and Dev go to the Pandya store and open it for Shiva's sake when some government officers come there.

Meanwhile, Shiva gains his consciousness back slowly and gets flashbacks of his accident.

As a woman in the village is cleaning up his wounds, he wakes up.

The government officers tell Gautam that the government is giving compensation of 10 lakhs to the families of the victims who died in the accident.

The officers come to the house while Raavi says that she cannot accept this compensation as Shiva is not dead.

The officers say that the government has proof of the death and it is their obligation to give the money.

Dhara asks Raavi to sign the cheque and accept the compensation.

Meanwhile, Prafulla leaves after this and forms a plan of her own.

As Raavi receives the money, she falls to her knees and starts crying.

She says that this cheque does not mean anything to her if it cannot bring back Shiva.

She gives the cheque to Gautam and asks him to complete Shiva’s shop with this money.

Meanwhile, Shiva wakes up and gives the villagers Gautam's number to contact him.