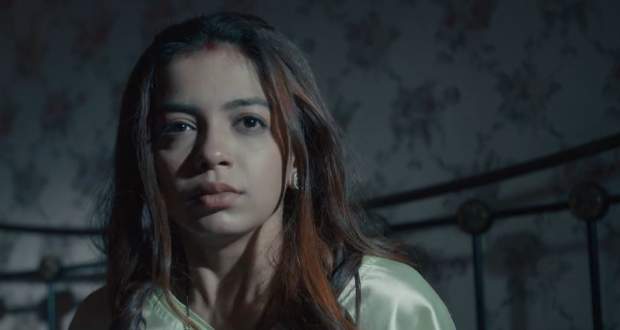 Today's Pandya Store 18 May 2021 episode starts with Shiva managing to send Gautam to his room and saving Krish.

Later, Shiva is listening to the sad song while Raavi changes the song and starts dancing to irritate him.

Meanwhile, Dhara is unable to sleep due to music and tries to go to sleep by covering her ears.

Shiva distracts Raavi by telling her that he accepts his defeat and she starts trading him.

Shiva calls out to Rishita in a scary voice and she comes out thinking that it is Dev pranking her.

Rishita goes inside a room where she calls out to Dev but feels scared hearing the sound of anklets.

She sees Krish sitting and smiles thinking that it is Dev pranking her.

He dances around her while other family members wake up hearing the song and come out of their rooms.

Rishita sees Krish's face and screams out in fear.

She falls on the ground and starts gasping for air while Dev looks for her.