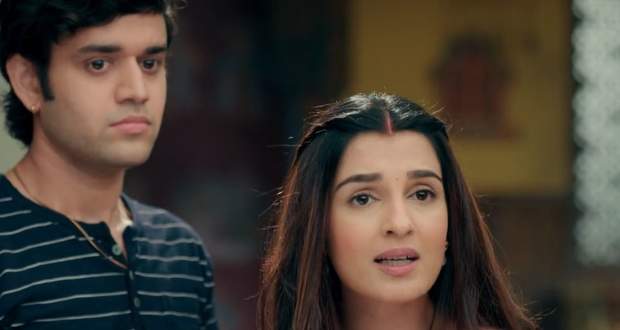 Today's Pandya Store 19 April 2021 episode starts with Raavi telling Dhara that she has ruined her life while Dhara consoles her and tells her to come out.

Janardan's goons inform him about the situation in the Pandya family while he tells them to complete their job.

Dhara and Gautam give gifts to Dev and tells him to give those to Rishita and the family share their happiness.

Dev gives the gifts to Rishita but she gets upset hearing that the gifts are from Dhara.

Bua calls Dev but Rishita cuts the call telling them to use better tricks.

The family leaves for Pooja while Shiva's bike stops working.

He checks the bike and gets the sunlight in his eye while Raavi stands in the way to block the sunlight.

Gautam prays for his family.

Goon's block Shiva's way and he is about to fight with them while Raavi pleads with him to not fight.

The goons hit Shiva on the head with a metal rod and he falls unconscious while Raavi tends to him.