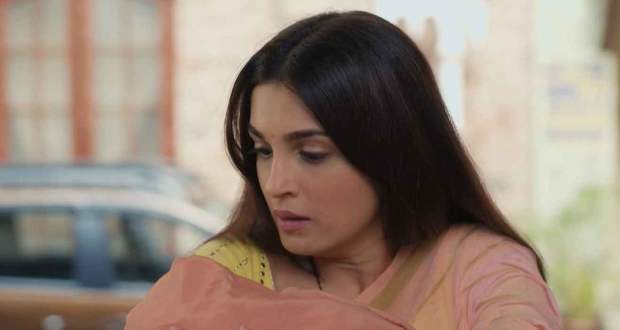 Today's Pandya Store 20 January 2022 episode starts with Suman and Shiva having a conversation in the jail where Suman tells Shiva that Dhara and Gautam are still missing. Suman also says that she will get Shiva bailed out soon.

At the same time, an unknown person calls the police and tells them that he has seen Dhara with a baby near the Sardar market.

Meanwhile, Prafulla goes to Kamini's house and says that she knows everything that Kamini is planning to do as Anita has told her everything about the plan.

However, Kamini asks her to leave the house right away but Prafulla says that Kamini has kidnapped her daughter Raavi and now he will tell everything to the police and send her to jail.

On the other hand, Suman requests the inspector to release Shiva but he refuses and asks her to bring the proof of Shiva's innocence first.

Later, Prafulla also tells Kamini that she has to help her in finding Raavi, and then both of them will together destroy the Pandya family's unity.

Both of them also decide to make sure that Dhara should not return home again.

Meanwhile, Dhara hears Kaka talking to Gautam that Dhara has taken a child along with her from the hospital.

Kaka says that Dhara knows that once police find her they will take Tara away from her so she has decided to stay away from her house with Tara for a few days.

After some time, Suman reaches Anita's house but, Anita refuses to come to the police station. Suman threatens Anita, slaps her, and asks her to withdraw her complaint.

At the same time, a female police officer named Durga arrives at Anita's house to arrest her.