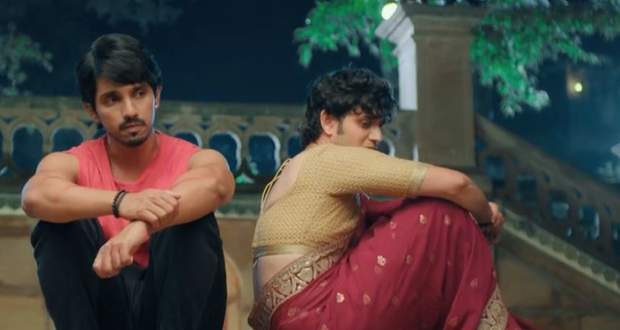 Today's Pandya Store 20 May 2021 episode starts with Suman informing Gautam over the phone that she is arriving the next day.

Further, Dhara tells Gautam that she has taken this big decision so that all five of them realise the true meaning of love, unity, and responsibility.

Gautam tries to convince Dhara to take her decision back of dividing the household but Dhara refuses to do so.

On the other hand, Rishita tells Dev that they will do their stuff individually as Krish and Shiva both are cruel and she won't accept them.

Later, Dhara breaks down for hurting the boys but Gautam consoles her by saying that her teachings and principles are pure and the boys will soon understand their responsibilities.

After some time, Raavi comes to apply ointment on Dhara's hand and complains about Shiva which makes Dhara angry again but Gautam manages the situation.

At the same time, Dev comes to help Krish and Shiva.

Krish and Shiva apologize to Dev for their mischievous behavior with Rishita.

Dev forgives them and applies ointment to their wounds.