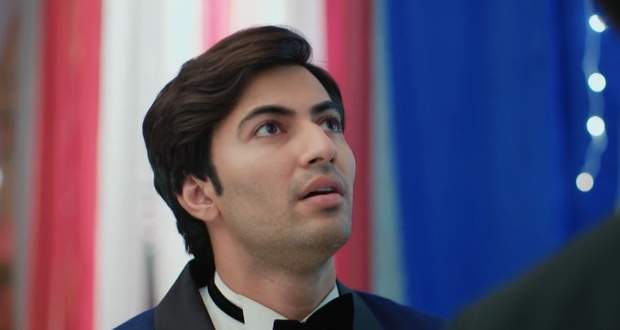 Today's Pandya Store 21st April 2022 episode starts with Shiva losing control and yelling at Janardhan as he exclaims that the two Pandya stores will function together.

Kamini taunts Dev and says that the Pandya family should be happy, as the store is named ‘Pandya’.

Rishita thanks Janardhan, while Dev stands perplexed staring at both the stores.

At the Pandya family, Shiva gets furious and declares that for him Dev is no more.

Gautham is greatly upset, he calls Hardik and asks him to keep Dhara with him for a few days.

Meanwhile, in the Seth family, Dev refuses to accept the new store, saying that he cannot compete with his brothers.

Janardhan and Rishita try to convince him.

Rishita says that Dev has no job and he will not be able to meet their future needs even if he is paid by Gautham.

Rishita tells that she wants a better life for her child and Dev accepts the new store under a condition.

He asks Janardhan to remove the ‘Original’ from the name and Janardhan agrees.

Gautham goes to the nursery that he had set up for Rishita and puts back everything into a box and leaves disappointed.

Shiva, on the other hand, is determined to destroy the new store.

The next morning, Shiva learns about a ‘Rising business competition’ for improving businesses in Gujarat on TV.

Meanwhile, Dev and Rishita enter the house and get stunned to see the house damaged by the fire.

Shiva taunts Dev about leaving their poor status and taking up the new big store.

When Suman enters Dev informs her about his new store and asks for her blessings.

Shiva gets angry with Dev regarding the name of the new store as ‘The Pandya Store Original’.

Dev tells him that he had got the name changed before accepting the store, however, Rishita retorts that he doesn’t need to prove to Shiva.

She taunts Raavi for using her laptop and blames Raavi for trying to prove that she and Dev had left the Pandya house for good.

Rishita further states both she and Dev will continue to have right over the Pandya store, just as the Dev’s room is still theirs.