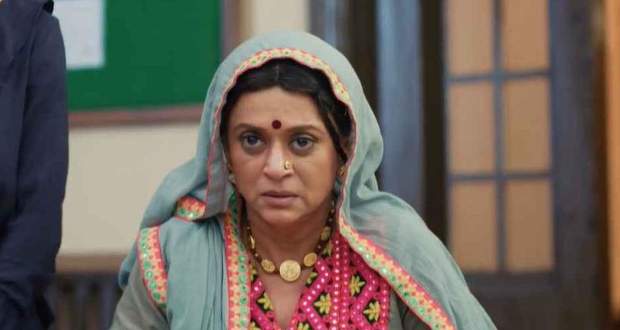 Today's Pandya Store 21 January 2022 episode starts with Suman forcing Anita to come to the police station but Anita tries to run away.

The inspector says that she has proof against Anita and she is arresting Anita because Suman has filed a complaint against her.

Initially, Suman says that she has not filed any complaint but when Rishita partially removes her goggles, Suman comes to know that the inspector Durgachandi is Rishita herself.

After reaching near the police station, Anita says that she wants to see the proof first then she would take her complaint back.

On Suman’s hint, Rishita threatens to encounter Anita which scares her, and she agrees to take her complaint back.

When Suman is taking Anita to the police station, Prafulla arrives but somehow Rishita manages to keep her away from Anita.

Anita then takes her complaint back and tells the truth to the police officer, apologizes to Suman.

Meanwhile, Anita says that Shiva is not suitable for Raavi when Suman pledges to punish Raavi for getting Shiva arrested and she runs away from there.

Afterward, Prafulla gets surprised to see Anita having food at home and he asks her the reason for being there.

Later, Rishita reaches home dressed like an inspector but Dhara thinks that she is a real officer and gets scared.

Dhara tries to hide but Rishita sees a glimpse of her.