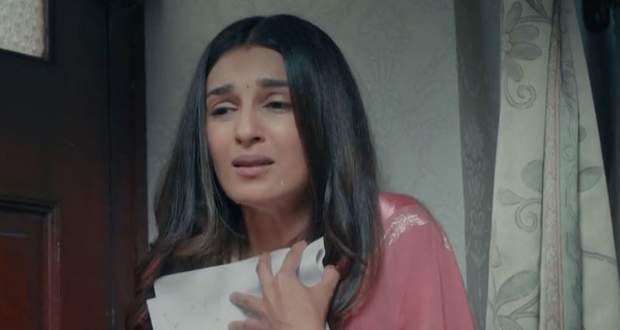 Today's Pandya Store 21 May 2021 episode starts with Dev, Krish, and Shiva together as they apologize to each other for their misconduct.

Further, Dhara feels bad for hitting the boys and she hides her pain from Gautam.

Meanwhile, Krish and Shiva try their best to win Dhara back but their efforts fail as Dhara doesn't respond back to their apology.

In between, Suman tries to teach Prafulla a lesson by making her sleep on the floor without a fan.

After some time, Raavi and Shiva being in an argument where Shiva refuses to change his behavior and feelings towards Raavi.

Later, they both share a romantic moment with each other.

On the other hand, Rishita prepares a light breakfast for Dev which he doesn't like. He tells Rishita that he will have the breakfast made by Dhara.

Rishita gets upset with Dev's behavior.

Further, Dhara tells Gautam that Krish is becoming mischievous because of him. But later she accepts that because of her love only Krish is getting naughty.

Gautam asks Dhara to make breakfast for all but she refuses and tells Gautam that if she keeps on forgiving the boys they would never take her words seriously again.

© Copyright tellybest.com, 2020, 2021. All Rights Reserved. Unauthorized use and/or duplication of any material from tellybest.com without written permission is strictly prohibited.
Cached Saved on: Monday 17th of January 2022 09:57:52 AM