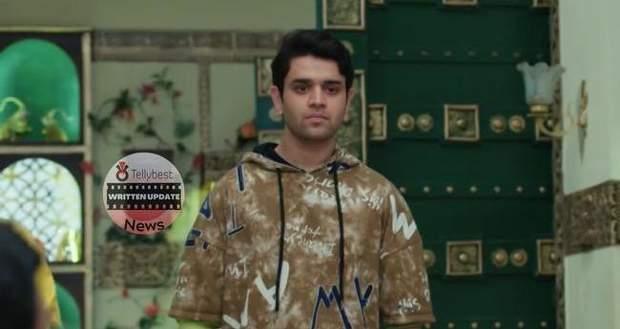 Today's Pandya Store 21st September 2022 episode starts with Dhara asking Krish to speak the truth about whether he is marrying Swetha for Dhara to be closer to Chiku.

Krish screams at Dhara saying she does not need to place so much importance on her that every member of the Pandya Family will decide for her.

However, Krish inwardly apologizes as soon as he says this but he does this to push Dhara away.

Meanwhile, Rishita tells Krish openly that she is against his marriage with Swetha since there is no chemistry, no love at all.

Rishita further spills the beans about fitting the cameras in the house just so she could keep a watch on Chiku with Swetha.

However, Suman tells Raavi she will cut her wings after she deals with Krish.

Dhara looks sad when Suman says Dhara is doing all this so her lap gets filled with Chiku.

However, Dhara says everyone is going to think like this but Dhara will do what makes Krish happy.

Gomby also agrees with Dhara, followed by Dev who tells Suman that Krish is not a kid anymore.

On the other hand, Swetha is getting mad at her house and throws the bedsheet and pillows on the floor.

Jhankana slaps Swetha and says she will not find the best family like the Pandya Family but Swetha says Krish hasn’t even completed his studies fully.

Swetha shouts at Jhankana saying she cannot be judged based on her past while Jhankana stays firm in her decision, saying Swetha will only get married to Krish.

At Pandya Nivas, Suman gets disappointed and says only Rishita is speaking facts today, unlike Shiva who has also joined Krish’s clan.

Rishita picks Chutki in her arms and declares Chutki will also side with Suman.

Meanwhile, Swetha blackmails her father, saying she will run away while Jhankana says all their property is under Chiku now until he is eighteen years of age.

Swetha gets aghast while her parents try to force her to marry Krish.

Swetha and her family enter the Pandya House and Suman hands Chiku to her.

However, Swetha surprises everyone by saying she will marry Krish.