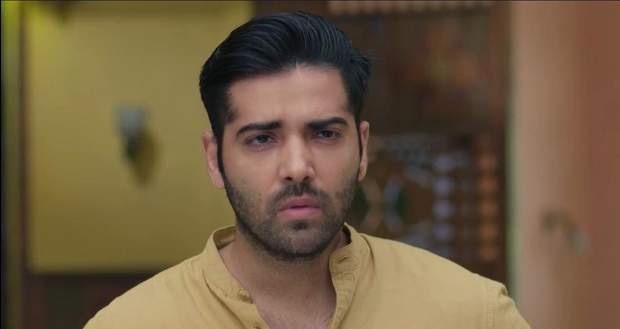 Today's Pandya Store 22nd June 2022 episode starts with Hansal making Shiva unconscious and bringing him back to his home.

Meanwhile, Surbhi cries and asks Rakhi if Shiva doesn't want to marry her.

However, Rakhi makes an excuse and calms her while Hansal returns with an unconscious Shiva.

Later, Rakhi does not allow Surbhi to meet Shiva and tells her that she will get her and Shiva married on the same day only.

Meanwhile, Shivs gets tied to a chair and dressed as a groom while the preparations for the engagement are being done.

Rakho tells Surbhi that Shiva will slowly start to like her and will not be able to leave her.

However, in the godown, Shiva manages to get a hold of a knife and frees himself from the rope to escape.

Later, Rakhi learns that Shiva has escaped and sends Hansal to bring him back.

Elsewhere, Shiva manages to convince a tempo driver to give him a ride to Somnath.

The next morning, the Pandya family is at their shop for inauguration while the people nearby praise the family's unity.

Meanwhile, Shiva reaches Somnath as the tempo driver helps him get down.

Suman tells Raavi to cut the ribbon as she bears Shiva's soul and Raavi emotionally agrees.

At the same time, Shiva walks on the road and sees Krish on the bike with a photo frame.

Shiva tries to get his attention by shouting his name but fails as another biker hits him and makes him fall to the ground.

The people rush to help Shiva.

Meanwhile, Raavi cuts the ribbon and the Pandya family inaugurates the shop without Shiva's presence.

A man gives Shiva a ride and takes him to his home area.

Later, Shiva walks to his shop and gets happy seeing his shop inaugurated.

Just then, he overhears two people talking about one family who got arrested for using the compensation money while the victim was found alive.