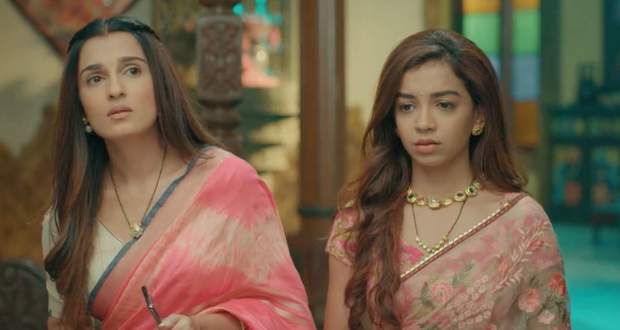 On the other hand, Janardhan calls goons to be alert and keep an eye on them. Raavi misunderstands Shiva that he will leave her alone there.

Meanwhile, Shiva tries to distract goons and run towards an empty room. Then all Pandya Brothers reach there and indulge into a fight with them.

On the other hand, Prafulla gets anxious for Raavi and tells that she will take Raavi back home as she doesn't want to hand her daughter to an irresponsible husband.

Raavi tells Dhara that he left her alone with the goons and tries to take revenge from her, but Suman interrupts and asks Gautam to bring a lawyer for Divorce if she is not happy to live with Shiva.

However, Shiva asks Suman whether it is Raavi’s decision to live with her or not.

Prafulla asks Raavi to leave with her. Raavi denies and wishes to live with Shiva only and will face every situation.

Meanwhile, Suman interrupts and asks Shiva about the kidnappers.