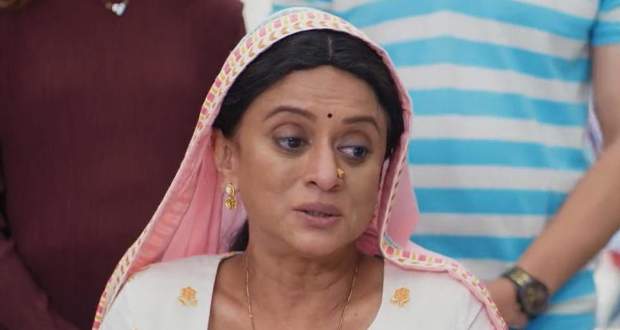 Shiva thinks that it is better that he stays dead in people's eyes and walks to see Raavi for the last time.

Further, Gombie asks Raavi to sit on the counter showing her respect for what she did.

Raavi says that only Gombie can sit on the counter as Shiva once made him sit there and will repeat the same.

Shiva watches from afar and feels like hugging his family members but decides not to meet anyone till he arranges money.

Further, a drunkard identifies Shiva and shouts out his name but Shiva denies it and runs away.

Shiva thinks of hiding at Prafulla's house as he cannot hide at his own house.

On the other hand, Gombie thinks of the old times when all the four brothers were together and hugs his family.

Meanwhile, the drunkard arrives at Pandya Store and says 'Shiva is alive'.

Prafulla thinks about how it is possible while Raavi runs to find him.

Gombie kicks the man out and suggests not believing his words.

Dhara hears a thud in Shiva's room as Shiva is packing his clothes.

Now, Shiva is stressed as he is locked inside and cannot escape.

© Copyright tellybest.com, 2022, 2023. All Rights Reserved. Unauthorized use and/or duplication of any material from tellybest.com without written permission is strictly prohibited.
Cached Saved on: Thursday 24th of November 2022 05:39:55 AMCached Disp on: Monday 5th of December 2022 01:34:04 PM