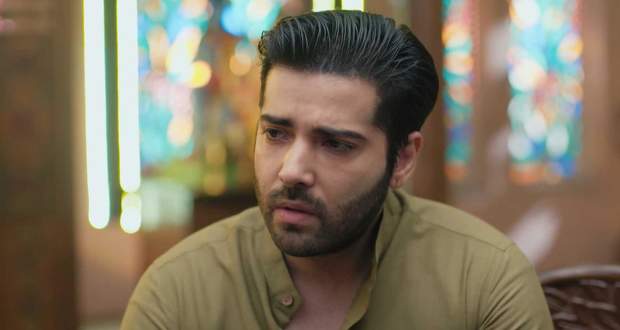 Today's Pandya Store 24th May 2022 episode starts with Dhara stating that she will do anything to bring Dev and Rishita home and the family agrees.

Meanwhile, Janardan tries to convince Rishita to stay in Ahemdabad for some more time but she disconnects saying that she's late for the return flight.

Just then, a servant announces that Gautam has come to meet him.

Janardan comes to the garden where Gautam acts and tells him that he is there for the job.

Janardan taunts Gautam when he says that he needs money because of Suman's health condition.

Kamini questions Gautam's intentions and is against giving him the job.

Back at the Pandya house, Raavi and Shiva worry remembering Gautam's poor acting skills while Dhara calms them saying that their plan will work.

Elsewhere, Gautam manages to convince Janardan to give him the job while Janardan keeps a condition.

Janardan demands the documents of Pandya's house for security and reasons that he will keep them in a safe which opens with two keys.

Further, Janardan reasons that they both will keep one key after which Gautam keeps his demand forward.

However, Janardan agrees to let the whole Pandya family work there and Gautam leaves happily.

Kamini warns Janardan that it is a huge risk but Janardan pays no heed to her words.

Meanwhile, at the Pandya house, Shiva gives Gautam the fake papers of the house to give to Janardan.

They all go inside and Gautam gives a sponge ball to Suman while Dhara sits beside her and shows her the rock kept near the front door.

Dhara reveals to Suman their plan to work at the Janardan's house and says that as each step of their plan will complete, she will put another rock on top of the previous rock near the main door.

In the meantime, Dhara makes Suman promise to work on her health and says that in the end, Suman will hit the rock tower to announce their victory.

Afterward, Dhara designates the jobs for the family members with Shiva as the driver, Raavi as the cleaner, Krish as the servant, Gautam as the gardener, and lastly, Dhara as the cook.