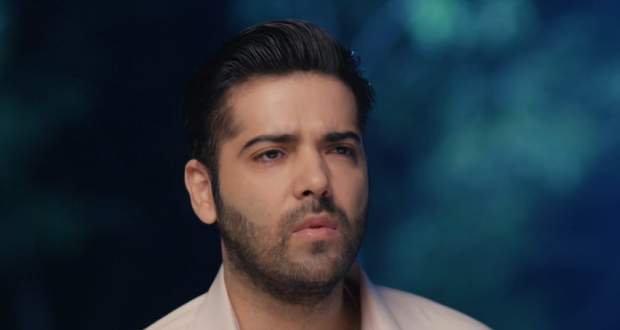 Suman and Raavi try to mislead her, however, both of their answers clash but they manage to cover things.

Dhara however suspects something wrong.

Gautham apologizes to Dhara for bringing her back home fast and asks her about Hardik’s proposal.

Dhara asks Gautham about Janardhan’s gift, but he lies to her and says that he doesn’t know.

Meanwhile, Shiva opens the store, while Rishita closely observes the store and Shiva.

Raavi helps Shiva fill out the form, she annoys Shiva with her funny questions.

Suman stops Dhara as she goes out to buy Gautham’s medicines and asks Shiva to buy them, which further makes Dhara suspicious.

A customer comes to the Pandya store, knowing that the product he required wasn’t in stock, he says that they are purposefully keeping less stock to send their customers to Dev’s store.

Shiva calls the business competition, he tells about the Pandya store and his business ideas.

Shiva gets furious, he hands the phone to Raavi and walks towards Dev’s store but, Dhara stops him.

Shiva tells Dhara about Janardhan’s gift to Dev and she gets shocked to see Dev's new store with the name ‘Pandya and Grandsons Store’.

Shiva tells her that Dev had accepted the store happily and offered tight competition to the Pandya store which makes Dhara upset.

Later, Shiva goes to Dev’s store and fights with the delivery agent, Nilesh for delivering them the products that are sold by the Pandya store.

However, Nilesh says that both the stores are the same and says the new store pays him more.

Dhara tells Rishita that she isn’t right while Rishita asks Dhara to stop talking and asks her to leave.

Later, Rishita pulls Dhara by her hand and gets her out of the store.

Rishita insults Dhara, Shiva, and Raavi and asks them to be away from her store.

© Copyright tellybest.com, 2020, 2021. All Rights Reserved. Unauthorized use and/or duplication of any material from tellybest.com without written permission is strictly prohibited.
Cached Saved on: Sunday 2nd of October 2022 06:56:53 AM