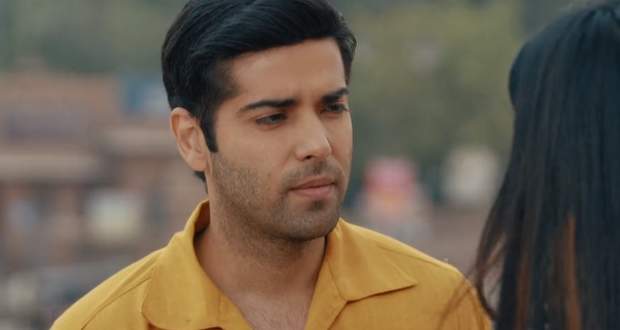 Today's Pandya Store 25 January 2021 episode starts with Gautam visiting a temple and praying to get the strength to handle his family and Pandya Store. He reaches his Pandya store and makes Swastik on the pillar.

A boy comes running and falls down ruining the Swastik in the process. Gautam tells the kids to help him make the Swastik and two other boys come.

They also put their hands in the Kumkum and print their hands on the pillar. Kaka comes and asks all of them to do Makar Sankranti pooja.

They perform the pooja and Kaka asks Gautam to take Krish to the kite fare. Meanwhile, at the kite fair Dhara is seen running on the terrace to catch a kite.

Some women taunt her about reaching straight to the Ghat if she is not careful. Another lady comes and states that Hardik will be relieved if she reaches the Ghat.

She further compares her with her mother. Dhara feels bad but takes the kite and walks away. She further helps a lady in selling sarees.

Prafula buys sunglasses at very cheap rates by taking his nephew’s name. Shiva comes there and takes away her glasses.

Further, Dev does publicity of Pandya Store on a kite on Dhara’s suggestion. He moves around with Dhara’s brother, Hardik.

At the same time, they see a kite with Anita weds Gautam written on it. Gautam gets shocked while Prafula is flying the kite.

Dhara rushes to save the kite while Anita also comes there. Anita gets happy while Gautam yells at her.

A man comes and gives chocolate to Krish. He is taking him away when Dhara notices it. Anita and Gautam resolve their differences while Dhara saves Krish.

Anita meets Prafula and reveals her evil plan for Gautam’s family. She wants to send Gautam’s mother to an old age home and his brothers to the hostel.

She also wants to have Pandya store in her name.

Upcoming Pandya Store episode update: Dhara is humiliated by a man while Gautam takes a stand for Dhara.