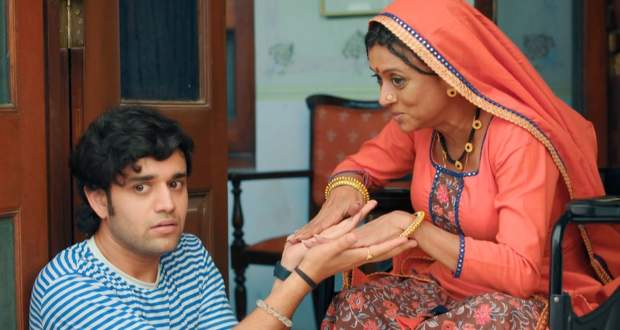 Today's Pandya Store 25 May 2021 episode starts with Dhara noticing the Saree and informing them that Gautam had gifted it to her.

They do drama while she sends them out of her room.

Suman gives money to Krish and asks him about the family while sugarcoating her words.

Elsewhere, Anita tells Prafulla that she has been intentionally taking care of Suman as a part of her plan to get Gautam which Prafulla disapproves of.

Later, the Pandya brothers help their wives cook while Suman comes there.

They act of cooking together while Suman says that Krish is her favourite son.

Krish gets happy and accidentally reveals the drama happening in the family.

Dev signs Rishita to stop Krish from speaking bit she doesn't do anything after which Raavi makes an excuse and tales Krish away.

Suman tells the remaining family members that she knows something is up and threatens to kick out Dhara if any drama occurs.