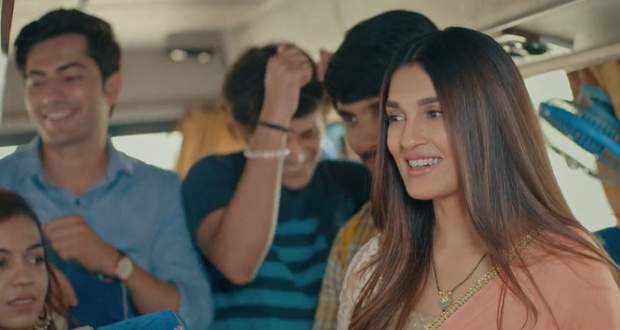 Today's Pandya Store 26 April 2021 episode starts with Dhara asking Rishita about the things while she answers that they are not kids.

Raavi supports Rishita when Dhara asks about the same. Krish makes everyone laugh with his funny jokes.

Krish goes to sit with Rishita and Dev which irks Rishita.

At the same time, Shiva and Raavi start an argument and Gautham is worried about their relationship.

Soon an argument takes place between Dev and Shiva. Dhara takes Shiva and Gautham takes Dev to talk to them.

Dhara and Gautham scold them for fighting with each other and tell them to end the fight while Rishita tries to instigate Dev against the family.

Dev and Shiva clear the air making the family happy. Then they spend a good time while Dhara sings a song.