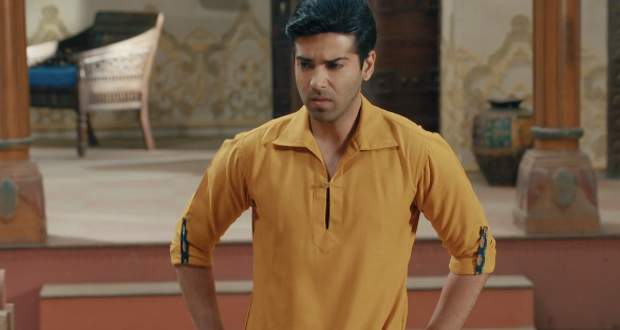 Today's Pandya Store 26 January 2021 episode starts with Dhara rebuking the man who tried to kidnap Krish. She even gives him punishment by making him stand where the shooter is shooting balloons.

Anita wishes to make Pandya Store hers while Prafula wants the store for herself. However, Anita is adamant to make the store hers.

Gautam learns that Krish was in danger and gets worried. He further beats the man who tried to kidnap Krish.

He also hands over the goon to the police. Meanwhile, Prafula buys non-fresh items for Anita’s sister-in-law.

Gautam rebukes Dhara for taking the law in her hand. The brothers of Gautam want him to come along for a ride on a swing.

Gautam is scared but they make him sit with Dhara. Dhara tries to calm Gautam by talking bad about the items sold at Pandya Store.

Gautam jumps out of the swing when his bag falls down. Dhara asks him about the bag while Gautam says there are flowers for his mother.

Prafula packs the items bought from a street-side vendor in the packet of a posh store. Meanwhile, Hardik remembers the support given by Gautam’s father.

They pack sweets for Gautam’s brothers while Hardik rushes as there is a shock circuit in the shop. He asks Dhara to give the sweets at Hardik’s place.

Gautam finds a lot of people at his home who congratulate him on his wedding. Further, a Kaki is pleased that a girl like Dhara didn’t come into Gautam’s life.

Gautam gets furious to hear bad words about Dhara. Meanwhile, Dhara is humiliated by a boy while a lady wants her to get married to an older man.