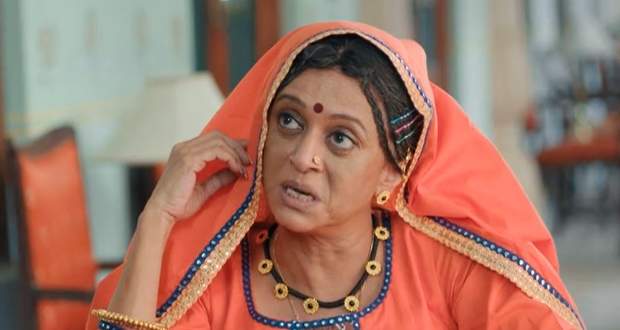 Today's Pandya Store 26 May 2021 episode starts with Suman warning the family of some trouble if they hide something from her. She also threatens to throw Dhara out of the house.

Suman asks her to swear on her and tell the truth. Prafulla suggests Rishita telling the truth while Rishita tries to expose Shiva and Krish.

However, Dev interrupts and tries to protect his brothers. Dev makes up a story that they thought there was a ghost in the Haveli.

Suman takes Dhara in private and asks her the truth. Meanwhile, Raavi rebukes Krish for opening his mouth in front of Suman.

Suman asks Dhara to call Hardik and pack her bags as she wishes to throw her out of the house.

Prafulla decides to learn the truth and confronts Suman. Suman says Dhara never makes a mistake and she has the authority to do rituals with Raavi and Rishita.

Prafulla taunts Suman while Suman continues to praise Dhara. Prafulla further asks Dhara about the gift she gave to Rishita and Raavi after their first Rasoi.

Dhara says she didn’t give anything while Suman says she is the Super Saas and she will give the gift.