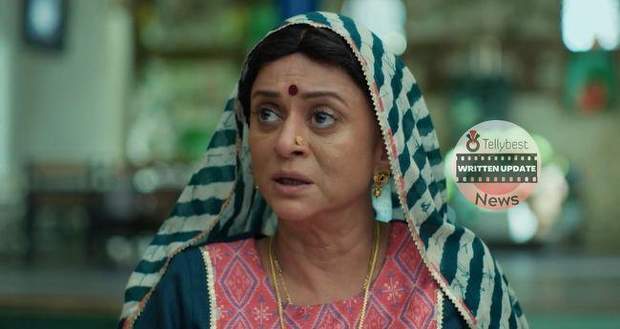 Dhara comes there just then and asks her whom she's calling and Swetha lies that she was trying to call her parents.

Further, Swetha tells Dhara that she's grateful for her and that she's nervous since her experience with her first partner was not good.

Dhara tells her that the whole Pandya family will take care of her and Chiku, especially Krish.

Suman is trying to convince Rishita to help her select the card but Rishita gets angered by Dev's taunting words and leaves.

Further, Suman tells the Pandya brother that she will only give money for only 25% of the expenditure for Krish's marriage and that they will have to manage the rest.

On the other hand, Rishita goes to Dhara and again tries to convince her that Swetha is not the right girl for the family.

However, Dhara shuts her up telling her that she's acting insecure which angers Rishita even more.

Rishita warns Dhara for the last time and tells her that Swetha will bring immense pain to the Pandya family.

Later, the youngsters of the family are shouting for Dhara while Rishita comes there and starts playing the drums while saying that she has finally agreed to Krish and Swetha's marriage.

Dev, Krish, and Raavi get happy and dance while Swetha, Suman, and Dhara think that they know Rishita has still not agreed to the marriage and is only pretending.

The drum breaks and the family looks on while Rishita marches back to her room.

Dhara tells the family that Rishita's anger came out and makes the family go back to wedding preparations.

Later, Dhara and Swetha come to shop for lehenga where a pickpocket steals Dhara's gold chain without her even noticing.

At the same time, Raavi and Krish also go wedding shopping where a stranger tries to take advantage of Raavi.

When Raavi retaliates, the man insults her stating that she is no good as she posts bikini pictures of herself.

Raavi slaps the man and manages to push him away while still in shock.

On the other hand, Rishita wonders what she should do to expose Swetha and thinks to contact Forum again.

© Copyright tellybest.com, 2020, 2021. All Rights Reserved. Unauthorized use and/or duplication of any material from tellybest.com without written permission is strictly prohibited.
Cached Saved on: Saturday 1st of October 2022 09:35:18 PMCached Disp on: Wednesday 5th of October 2022 05:47:38 PM