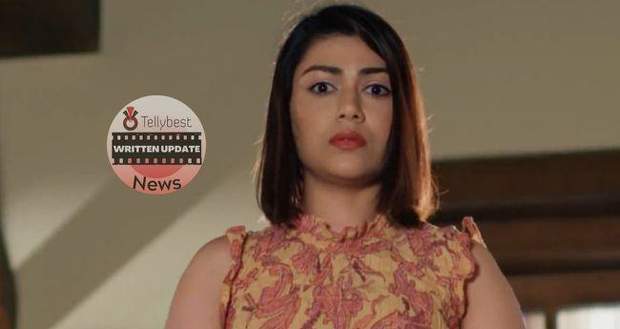 However, she gets a comment telling her that she looks tired which makes her anxious and look in the mirror.

On the other hand, Shiva and Raavi both go on different cabs without seeing each other.

Back in Pandya house, Rishita sees that Dev got a friend requests from a girl which triggers her, and she starts having an emotional breakdown.

Dev, Dhara, and Gautam rush to her room where she gets angry with all of them, especially Dev saying that he doesn't care about her or Sanchi.

Meanwhile, Swetha goes to her mother and confronts her for cutting off her money but gets told that it is for her good.

Swetha's mother asks her if she doesn't want Yash and Swetha gets emotional as she reveals to her mother that Yash reminds her of her past and makes her feel miserable.

On the other hand, Rishita tells Dev that she is having an existential crisis and demands Dev make her a website for her cosmetic line.

Dev gets angry and tells Rishita that she gets annoyed by every good thing and leaves from there.

At the same time, Swetha begs her mother to give Yash to Dhara but is refused.

Swetha's mother tells her that raising Yash will be an atonement for her mistakes and that it is final.

Later at night, Gautam and Dhara are telling Dev to make the website for Rishita when Shiva returns home.

They all start asking him about patching up with Raavi while Shiva gets angry and tells them that Raavi didn't come to the resort.

The family gets confused and asks him if he went to the right address which makes Shiva even angrier.

Dhara reveals that she had taken Raavi's phone to not have them fight anymore.

Somewhere else, Raavi's cab breaks down and she decides to walk home when she sees a man following her.

Raavi gets worried but the man stops her saying that he's a fan of her and wants to take a photo with her.

However, after the photo, the man starts asking about money and tries to steal Raavi's purse.

Raavi runs away from him but hits her head on a vehicle and falls unconscious.

At home, Dev argues with Shiva and makes him realize that he went to the wrong resort as the family worries about her safety.

Back on the road, people gather around Raavi and try to help her while the thief runs away from there.