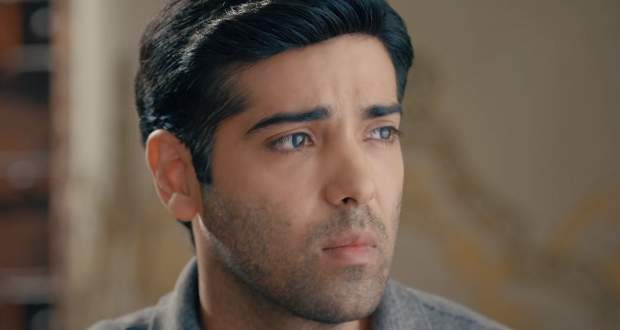 Today's Pandya Store 27 January 2021 episode starts with Shiva and Krish fighting for the Chikki. Gautam wonders how he should make his mother wear the saree.

Dhara comes at the same time and gives sweets to the kids. She further offers to help Gautam’s mother wear a saree while Gautam fears the worst.

Dhara goes inside the room while Kaaki gets furious to see her. She helps her wear the saree while Kaaki tugs on her hair.

Dhara comes out and lies to everyone while Shiva learns that Kaaki pulled Dhara’s hair. He reveals the same in front of Gautam while he apologizes to Dhara.

Dhara feeds sweets to the kids while at the same time, Anita and Prafula arrive there. Prafula is not pleased with Dhara’s presence and taunts her.

She asks Anita to feed Krish while talks about Gautam and Anita’s marriage. Gautam says he didn’t fly the kite while Shiva reveals Prafula did it.

Gautam scolds Shiva while Shiva knows the Undio is not fresh. He throws it away and also approaches to hurt Prafula.

Gauatam scolds Shiva while Dhara stops him. Prafula wants Gautam to marry Anita or else Anita will commit suicide.

Prafula doesn’t want to get humiliated and asks Gautam to make a decision. Dhara consoles Gautam and wants him to get married to Anita.

Soon Prafula asks her brother to commit suicide after an hour if Gautam doesn’t call. Anita is scared as she doesn’t want to die.

© Copyright tellybest.com, 2020, 2021. All Rights Reserved. Unauthorized use and/or duplication of any material from tellybest.com without written permission is strictly prohibited.
Cached Saved on: Tuesday 2nd of March 2021 04:56:13 PM