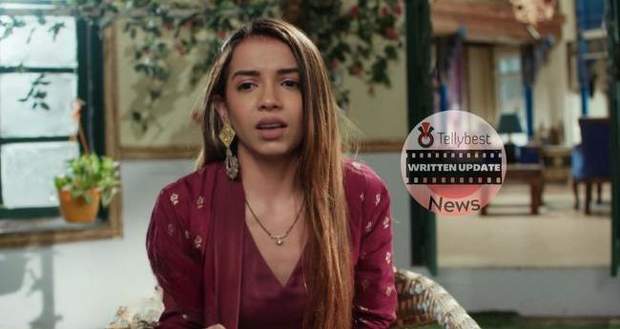 Today's Pandya Store 27th September 2022 episode starts with the man trying to harass Raavi while she slaps him and pushes him to the ground.

Krish hears Raavi's scream and rushes to her after which he starts beating up the guy.

On the other hand, Swetha likes a lehenga but puts it back after checking the price.

However, Dhara tells the seller to pack that and tells Swetha that the price doesn't matter if she likes it.

Back at the Sherwani shop, the manager and the parents of the guy arrive there.

The manager treats him as if the guy is the victim and kicks out Raavi and Krish.

Dhara realizes that her chain is missing and tells Swetha about it.

Swetha gets worried but Dhara tells her that the chain was fake but the guy who stole the chain looked like a gentleman.

On the other hand, Rishita comes to the Patel house and asks Swetha's parents for the list of her friends and especially Foram.

However, Swetha comes there just then and starts a drama saying that Rishita is doubting her unnecessarily.

Further, Swetha calls Suman and gets Rishita scolded by her.

Afterward, Swetha tells Rishita that she doesn't even have a friend named Forum, and Rishita leaves.

Swetha's parents ask Swetha why she lied and she tells them that she didn't lie as she and Forum are not on talking terms anymore.

Further, she asks them for 4 lakh rupees with the excuse of shopping for the wedding but they strictly refuse and agree to 1.5 lakh only.

Back at the Pandya house, Krish is trying to console Raavi while she tells him to not inform the family anything about the incident.

However, Shiva is right behind her and gets angry after learning about the whole incident.

Raavi stops him and tells him that she doesn't need his anger and that only Arnav can help her at this moment.

On the other hand, Rishita gets angry hearing Dhara and Suman talk about her.

Rishita creates a scene saying that she will not care for the family members anymore since Suman has already told her that Krish is only her son and nothing else.

© Copyright tellybest.com, 2022, 2023. All Rights Reserved. Unauthorized use and/or duplication of any material from tellybest.com without written permission is strictly prohibited.
Cached Saved on: Monday 21st of November 2022 08:34:34 AMCached Disp on: Wednesday 7th of December 2022 12:27:49 PM