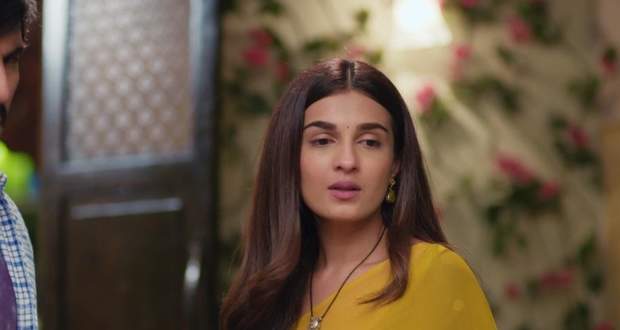 Raavi asks her about the posters and Rishita replies that Krish had brought good posters.

At the Pandya store, some customers tell Raavi that after winning the competition Shiva would start another store like Dev.

Meanwhile, Shiva has a test in the class and he is tricked by the students and gets caught cheating.

The authorities decide to cancel his admission and insult Shiva, thus Shiva leaves the class frustrated.

Shiva finds his posters and feels that he has to control his temper so that during the competition, he doesn’t overreact to anything.

Shiva removes the poster, while some people stop him calling him their role model which motivates Shiva.

Later, at night Dhara shows Gautham the posters and Dhara gets excited as she talks about Shiva winning the competition, Suman joins her.

Gautham enquires about Dev and Dhara tells him that he was away taking stocks for his store while Suman calls Dev Janardhan’s servant.

Raavi buys new clothes for Shiva and asks him to try them however, Shiva stands confused.

Raavi later asks Shiva about the test, he lies to her that the test went well.

Meanwhile, Shiva’s teacher informs her that Shiva had left the institute fighting with the authorities.

Shiva apologizes to the family, while Raavi gets annoyed.

Dhara tells her not to pressurize Shiva as the next day he has the competition.

Raavi then tells Shiva to continue going to the classes after the competition.

Shiva tells the family that he had planned something but refuses to disclose it.

The next morning, Rishita wakes up dreaming about her winning the business competition.

She starts vomiting and feels dizzy as she gets prepared for the competition.