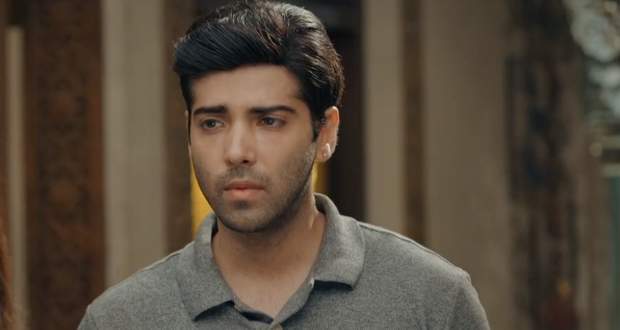 Today's Pandya Store 28 January 2021 episode starts with Gautam’s Aunt advising him to marry Anita so that she can take care of his house and his family.

Gautam says that his family is his responsibility and he is not there to bring a servant to his home as his wife.

Dhara tries to make Gautam understand that a wife is the owner of the house rather than a mere servant. Dhara says that Anita will love his brothers and family like her own.

Further, some people come to Pandya Store to purchase it. Kaka gets infuriated at them and tells them this shop is not for sale.

Kaka calls Gautam to inform him about shop sale news. As all family members are celebrating Gautam’s marriage. So, kaka doesn't tell anything to Gautam.

Gautam tells his mother about his decision of getting married. Kaaki gets upset about recalling Somnath's death due to the shop's mortgage.

Suman wants Gautam to know about the reality of the shop and tell him to read papers from the almirah.

Meanwhile, Anita calls and tells that she is about to commit suicide. Later, Gautam, Dhara, and his brothers rush to Anita’s house.

Shiva makes fun of Prafula's niece. Gautam informs Anita's family that he will marry Anita. Everyone gets happy.