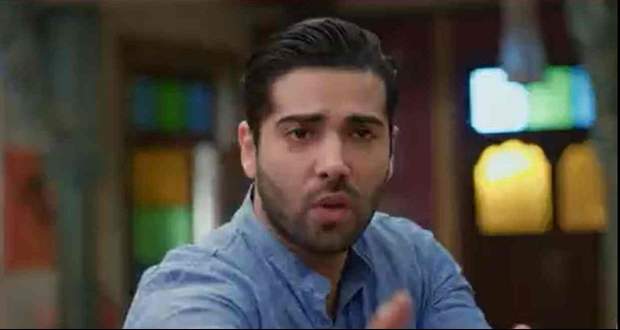 Today's Pandya Stores 28 Jan episode starts with Suman deciding to put Raavi out of the house.

Gautam tries to calm her, but Suman lashes out saying Dhara might have forgiven her but will remember her child when she is alone.

Meanwhile, Prafulla is worried about Raavi and thinks no one cares about Raavi in their house.

Back at home, Suman says if anyone wants to stay in that house then they have to follow a few rules.

Suman commands Rishitha to stop going to her mother’s house but she declines.

When Raavi and Shiva reach home, Suman welcomes Raavi with Aarti plate and orders her to get out of the house.

Raavi apologizes to Dhara but Suman is furious for putting Shiva inside the jail, Raavi explains she had gone to the police station but on the way she collapsed.

In the meantime, Shiva gets angry with Raavi and asks her why she did such a thing to Dhara. However, Raavi retorts it is not her mistake, she has not done anything.

Meanwhile, back in the Pandya house, Shiva pulls Raavi to throw her out of the house but she escapes Shiva’s grip by biting him and starts protesting.

Later, Raavi asks Shiva, if Krish and Dev were present in the hospital instead of Raavi, would he have blamed them too.

Rishita supports Raavi saying she is right, everyone blames them for everything.

Again Shiva tries to throw Raavi outside the house but she escapes from him.

But Suman tells Raavi that Prafulla had said to her that she will destroy this house with Raavi’s help.

Suman adds Raavi can stay in this house but she won't be considered a part of the family.

Simultaneously, Suman tells Raavi that until she proves herself right she will not take even a sip of water from her.

Upcoming Pandya Store updates: Raavi signs the paper and Rishita hands them over to Shiva.