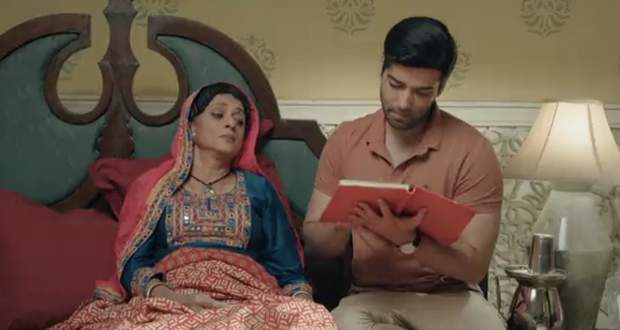 Anita's father gets relieved knowing that poison didn't do any action on him. Anita takes him inside so that Gautam may not come to know about their drama.

Prafula wants all expenses to be born by Gautam itself. Prafula calculates Haldi's auspicious time to be the next day.
They plan to conduct Haldi Rasam at Gautam's house only.
Prafula humiliates Dhara for giving opinion regarding marriage to which Gautam defends Dhara. Prafula covers up by  saying that she is jealous of Dhara as she is Anita's friend.
Kaka asks Gautam about expenses of shop. Gautam tells him to take money from the place earlier assigned by his father.
Kaka asks that how will he bear expenses of his marriage. He tells that he has already taken money out of the bank for marriage and he follows his father's ideals in money matters.
Gautam and his friend start collecting material for Gautam's marriage.
Gautam wants to meet Anita to which Prafula says no. Anita calls her to tell that Gautam wants to give her surprise.
Prafula and Anita expects some sort of jewellery
Gautam tells his mother about Haldi Rasam. Suman tells him to read diary of his father in which he mentioned about Gautam marriage celebration. Suman wants him to read papers of shop as well

© Copyright tellybest.com, 2020, 2021. All Rights Reserved. Unauthorized use and/or duplication of any material from tellybest.com without written permission is strictly prohibited.
Cached Saved on: Tuesday 28th of September 2021 12:07:09 AM