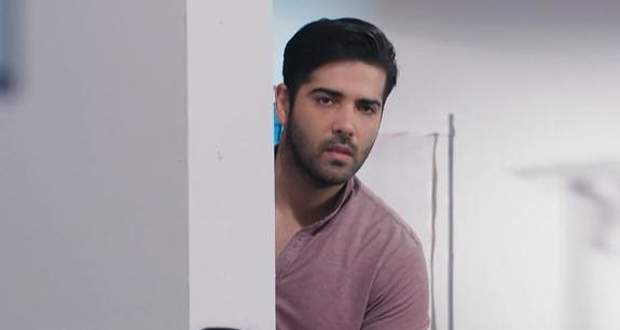 Today's Pandya Store 2nd August 2022 episode starts with Dhara promising Gombi that she will return the child herself to his mother as soon as he finds her and asks him to let the child play with her.

Gombi warns Dhara that he will not tolerate any tears in her eyes that day.

Gombi keeps the money in his wardrobe to return at a later date to Suman.

Meanwhile, Rishita asks Suman to look after Chiku so that she can go and attend the workshop.

Suman tells Rishita to not go anywhere this close to delivery.

However, Rishita tells her that she will look after herself and women these days work till the last week of their delivery.

Meanwhile, Raavi is at the cafe making a promotional video for it while Shiva act as a jealous husband.

Afterwards, Shiva tells Raavi to bring her brother on such recordings so that people don't try to get close to her.

On the other hand, Gautam is searching for the baby’s mother by asking about her from auto drivers.

Just then Rishita also arrives at the same hospital for a workshop where her labour pains begin.

Rishita calls Raavi and informs her about her pains and asks her to come to the hospital with the rest of the family.

Just then nurses admit Rishita to the hospital while Shiva informs Gombi about Rishita being in the same hospital as the baby’s mother.

In the meantime, Rishita is crying in pain and asks the doctor to call her husband who will record her delivery.

Gombi decides to stay away from the doctor so that they do not treat Rishita badly because of her.

Just then Pandya's family arrives at the hospital while Gombi hides and tells Shiva that he is stuck in traffic.

As soon as the Pandya family arrives, Rishita slaps Dev for leaving her alone while Suman tries to calm her.

Later, Rishita is taken for the sonography while Dev goes with her.

After a while, Raavi goes online to tell her fans that she will become a Chachi soon and asks her fans if it will be a boy or a girl.

Gombi is in dilemma about going to his family in time of need.

Just then Raavi sees Gombi and calls him to them.

Gombi comes towards the family hiding his face and tells Dhara that this is the same hospital where they have admitted the baby’s mother and Suman does not know about her.