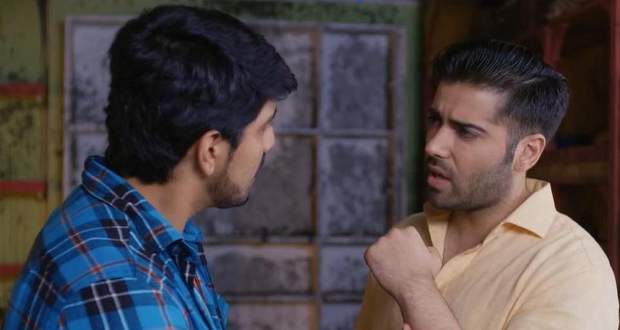 Today's Pandya Store 4th June 2022 episode starts with Dev working on the laptop and talks about how he will work as a freelancer and help to fix Pandya Store.

Krish arrives at the store and asks for a fifty rupee note while Gombie notices only one note in the drawer.

Later, Gombie saves Krish from getting hurt as a beam from the roof falls on the floor.

Gombie says that they need to fix the Pandya Store as soon as possible and worry about the money.

On the other hand, Raavi asks Prafulla about her parent's death.

Prafulla tries to mislead Raavi by hinting that she is unlucky and might be the reason behind everyone's misfortune.

Further, Dhara builds a huge fan and makes an air conditioner at home for Rishita.

On the other hand, Krish gets late for the test and walks back home while Shiva and Dev quarrel.

Meanwhile, Prafulla tries to break Raavi's self-esteem by calling her unlucky and the reason behind her parent's death.

Prafulla says that her parents met with an accident while they were coming to see her when she was little.

Further, Dhara talks to Rishita thinking about an idea so that they can earn money as soon as possible.

At Pandya Store, Gombie sells his products to an old man who suggests Dev to stay beside his brothers as any shop can be rebuilt but a relationship takes years to stand.

Dhara shares with Dev about breaking a fixed account of fifty thousand so that they can buy more products to sell.

Further, Janardan sees Gombie and tries to make fun of his broken shop but one of his workers informs Janardan that his shop is a loss.

Gombie asks if Janardan needs an extra lock as he has one and can use it if he wants to cover his losses by closing it down.

Meanwhile, Raavi is in deep thoughts and runs away in disappointment with herself after Prafulla's constant tattling about calling her bad luck.