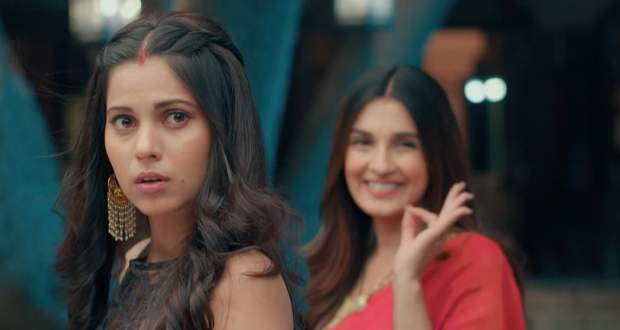 Today's Pandya Store 4 May 2021 episode starts with Raavi and others seeing Shiva dressed up in black and getting stunned.

Raavi looks at him while Dhara takes him to her and tries to spark up a conversation between them.

Shiva argues with Raavi and fights with Dev later.

Krish manages to calm the situation by making them dance.

Later, Gautam teaches the brides the lesson of unity through the example of a bunch of sticks.

Rishita justifies her actions and Gautam makes her understand what he wants to tell her.

He further gives the example of Shiva and Raavi and says that their marriage would not have been possible if they didn't sacrifice their happiness.

Further, everyone dances in pairs and enjoys the bonfire.

Gautam talks with Kaka on call and gets relieved that everything is fine at the shop.

Dhara talks to him and says that they will keep them united.

Krish asks Shiva if they should go forward with their plan to scare Rishita and he says yes.