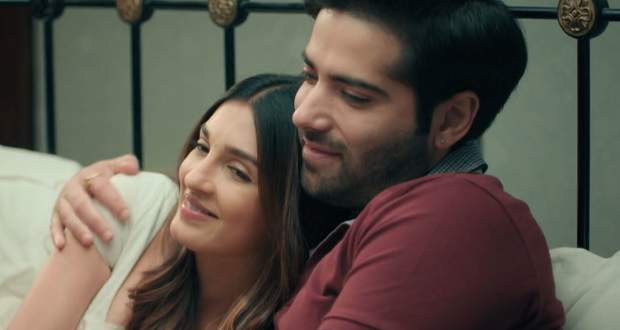 Today's Pandya Store 5 May 2021 episode starts with Dhara suggesting to Gautam that they do a Maha Mrutyunjay Jap and he agrees to remind her that it might take extra holidays at the haveli.

She calls Baa for permission and feels happy when she agrees.

She further romances with Gautam.

Meanwhile, Krish dresses up as a lady in white Saree to scare Rishita.

Elsewhere, Anita tells Maasi that she doesn't wish to leave while Maasi tells her that Adi might feel something for her if she gets away from him.

Shiva sees Krish and manages to Raavi by taking her to the bathroom and showing spices stuck to her hair.

Meanwhile, Dev romances with Rishita to distract her from the fear.

Gautam wakes up Dhara and requests her to make something for him as he is hungry and they leave for the kitchen.

Raavi acts of sleeping and sees Shiva stealing a candle from the drawer which confuses her.

She decides to follow him and leaves the room.

Shiva sees Dhara and Gautam in the kitchen and tries to distract them while Rishita gets scared seeing the lady in a white saree.