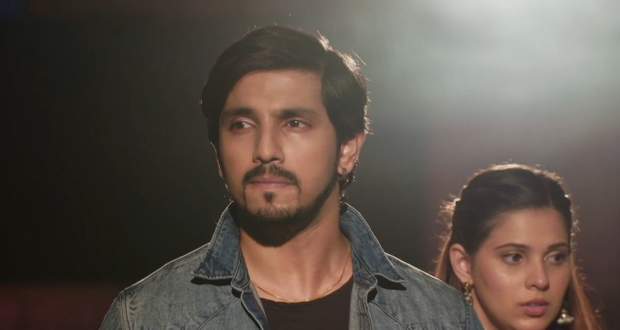 Today's Pandya Store 6th May 2022 episode starts with Shiva making a majestic entry to the Pandya Store with music and dance.

Shiva gets congratulated by his teacher and students.

He taunts the students who insulted him in class while the teacher informs him that he could join classes whenever he wishes to.

Shiva is received by the family at the Pandya Store and Shiva dance with Krish and Dhara.

Dhara is proud of Shiva and she congratulates him.

Shiva thanks Dhara for her support and encouragement and puts a garland on her neck saying that his victory belonged to her as well.

He does the same to the rest of the family members and declares that it is the victory of the whole Pandya family.

Meanwhile, Kamini finds Rishita upset and she consoles her.

Kamini tells her that the game wasn’t fair and states that Rishita was cheated as she was intentionally put in the second position.

She tells Rishita that the Pandya family played tricky in the competition and states that Gautham’s accident was created by them to gain sympathy.

Shiva hands Suman his prize money and she asks him to give it to Dhara and Gautham who had raised him so well.

Suman suggests putting up a party to celebrate Shiva’s victory.

Later, Shiva buys gifts for the family with his prize money making everyone happy.

Shiva tells that he has brought gifts for Rishita and Dev as well and he says that he has put an FD in the bank for their child.

Raavi calls Shiva stupid getting annoyed as he doesn’t gift her anything and she gets scolded by Suman.

Later, Shiva irritates her more by gifting her a big box which she expects to be a necklace but she opens it to find only chocolates.

The next day, Raavi refuses to talk to Shiva and Shiva annoys her by making fun of her.

Dhara goes to the Seth house and invites Rishita to the party and hands her Shiva’s gift.

Rishita refuses to accept the gift and states that she wouldn't join the party and calls Shiva cheater.

Kamini later gives Rishita a pen drive and states that it will reveal the truth of Shiva’s victory.