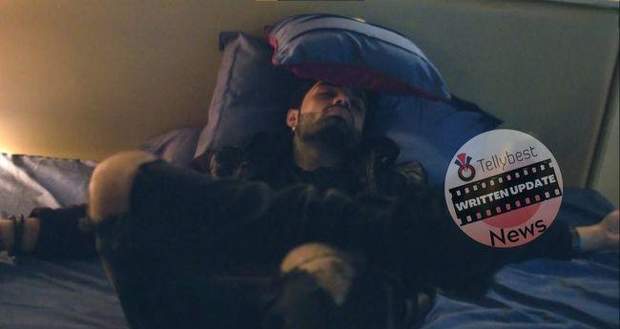 Today's Pandya Store 6th October 2022 episode starts with Dhara telling Suman that even though she is not rich, she has always respected her wealth and leaves from there.

Suman realizes that she offended them and thinks to do something while giving the money and the keys to Swetha.

Swetha goes to the cupboard and eyes the money stating that now she will have the keys when she runs away.

On the other hand, Deven does the backup of the footage of Swetha and thinks that he will not let go of his golden egg-laying hen.

Meanwhile, Raavi calls Arnav and tells him to not drop her off every time she is late as she will manage.

However, Arnav tells her that he knows about the misunderstandings between her and Shiva and disconnects the call saying that they should part ways from now on.

Elsewhere, Swetha gets shocked to see Deven in her room with a stack of money in his hand.

She realizes that it is the money she hid for her Dubai escape and fights him for it.

However, he tells her that he'll keep this as compensation for her breaking his phone.

Just then, Dhara shouts for Swetha and enters the room while Deven hides under the bed.

Dhara shows the jewelry to Swetha and asks her if she should confirm these or if she wants something else.

Swetha tells Dhara her choice is best and tries to make her leave.

A bangle falls and rolls under the bed near Deven while Swetha bends and picks it up so that Dhara cannot see Deven.

Once Dhara leaves, Deven tells Swetha that he wants the jewelry instead of money now and tells her that she can exchange them with imitation jewelry.

The next morning, Swetha clicks pictures of the jewelry box and leaves while Rishita also goes to the market for shopping.

However, Deven arrives at the market too and tells Swetha that he is there to help her while showing her the location of the imitation shop.

On the other hand, Dhara sees her cupboard open and realizes that someone tempered with the cupboard.

Dhara decides to keep the jewelry in Suman's locker.

Meanwhile, Swetha gives Raavi's name at the imitation shop to give her order.

Rishita sees Deven and follows him but he sees her and hides while informing Swetha of it too.

Later, Swetha leaves in a rickshaw while Rishita sees her and tries to catch up with the auto rickshaw but fails.

© Copyright tellybest.com, 2022, 2023. All Rights Reserved. Unauthorized use and/or duplication of any material from tellybest.com without written permission is strictly prohibited.
Cached Saved on: Monday 21st of November 2022 07:08:37 AMCached Disp on: Thursday 1st of December 2022 02:58:29 AM