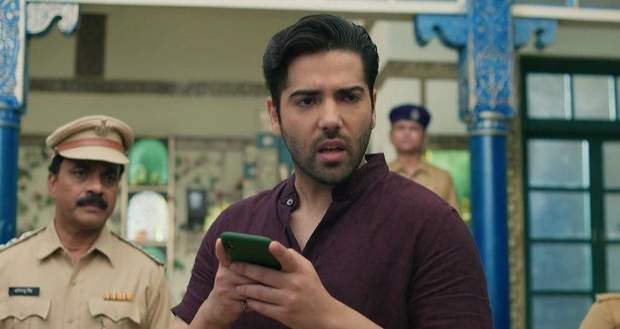 Today's Pandya Store 9th August 2022 episode starts with Raavi packing the food and thinking about Shiva accusing her of lying despite his support in everything.

Raavi comes to a decision that Shiva was right and she should not have lied to him for the sake of surprise and decides to get everything right and upload a video for Dhara.

Meanwhile, Suman tries Dhara’s number and prays for Dhara’s safe return after returning the child to his mother so that she can also sleep in peace.

After a while, Shiva comes to Raavi to apologise for not eating the food while Raavi accuses him of being jealous and not trusting him enough despite knowing her from childhood days.

Shiva talks to himself saying that he has a problem with liars and does not trust them and that he loves her and has a right to be jealous.

Meanwhile, Gombi is searching for Dhara when Hardik calls him and tells him that his brothers have changed after marriage and do not care for Dhara the way their own child would.

Gombi scolds Hardik for saying anything against their brothers and tells him to never repeat the mistake again.

However, he also wonders the same thing about his brothers. However, he sees Suman telling him that they have learnt this from him only.

After a while, Raavi uploads a video for Dhara which Cheeku’s mother’s mom sees and prays for Dhara.

Meanwhile, Cheeku’s mother Shweta dreams about Dhara and the baby and wakes up with a start while her mother questions her about remembering something.

Meanwhile, Raavi is on phone refusing the offer of hosting a fashion show.

On the other hand, Shweta denies knowing anything and goes to sleep while her mother observes a C-section scar on her and gets worried while Shweta gets worried about being exposed.

Elsewhere, Suman tells Raavi to accept the offer and not let personal problems come in between her work.

Meanwhile, Shweta’s parents ask Shweta about the child while Shweta tells them that all she can remember is Somnath.

Her mother assures her that soon they will find her child but in the meanwhile, she should rest and get better.

Shweta remembers Dhara and Gombi's blurred words and thinks of her child.

In the meantime, the organisers send short dresses for Raavi while Shiva in his anger tells Suman to let her wear whatever she likes as she is her own person and leaves the house.

Raavi also feels sad at Shiva’s attitude and leaving the house without knowing the full details.

© Copyright tellybest.com, 2022, 2023. All Rights Reserved. Unauthorized use and/or duplication of any material from tellybest.com without written permission is strictly prohibited.
Cached Saved on: Tuesday 22nd of November 2022 08:50:13 AMCached Disp on: Saturday 3rd of December 2022 03:08:28 PM