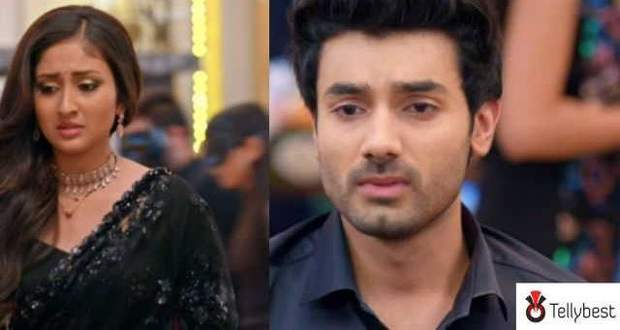 Hearing this, he and Neeti get into an argument.

During the argument, Neeti again asks Sanju how he can cheat on her with someone else.

However, Sanju again lies that it was his boss who found him in the sangeet.

Hearing this, Neeti clams down and Sanju hugs her.

He even advises her not to take Pari's advice seriously as she always assumes things.

Realizing Pari is going through drama in her life, Neeti forgives Rajeev.

While Neeti and Rajeev are sharing some emotional moments, Pari is worried about Rajeev.

Later, Sanju informs Neeti that he needs to leave but Neeti stops him.

When Sanju refuses to stay, Neeti announces that he will not get his trophy then.

Hearing this, Sanju stays but he is worried for Pari.

Meanwhile, Pari assures herself that she did the right thing by telling Neeti about Sanju’s truth about marrying his mistress while already being married to Neeti.

Pari decides to call Neeti but Neeti doesn’t pick up the call.

Worried Pari assures herself that Neeti must be asleep and goes to sleep herself.

At the same time, Neeti is pouring wine into wine glasses while she and Sanju are romantically drinking from each other's glasses.

Looking at Neeti with love, Sanju pushes her onto the bed and they are staring at each other with love.

On one hand, Rajeev is busy with Neeti, and on the other hand, Pari is dreaming about her and Rajeev's marriage while lying in bed.

Before Sanju can kiss Neeti, her phone starts ringing.

Irritated Sanju urges Neeti not to take the call but Neeti is adamant.

Sanju tries his best to stop Neeti as he thinks their romance is the most important thing.

With a grin, Neeti pushes him away and gets up from the bed.

During the call, Neeti’s boss informs her that one of the employers is sick so they need her now.

With a heavy heart, Neeti promises to join quickly.

However, Rajeev grabs Neeti’s arm and locks her between his arms.

He even advises Neeti in a sarcastic voice to suggest to her boss that they should not hire any ill person.

Hearing this, Neeti just laughs and gets out of Rajeev’s embrace.

Before leaving, she gives Rajeev a quick kiss and walks away.

After Neeti leaves, Rajeev gets confused as he cannot figure out what to do without Neeti.