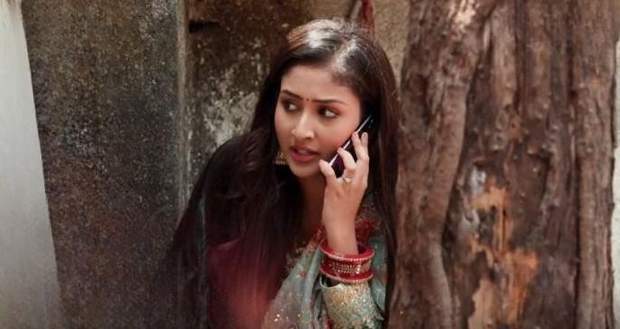 Rakesh tells Shera to bring Pari to him and asks him to kidnap her.

On being asked why is he his family are not coming he tells her that they are very orthodox.

Neeti’s mother is not convinced for marriage without his family's blessing but Rajeev convinced her.

Elsewhere, Shera walks towards Parineet when she recognises him and runs for her life.

Pari calls Rajeev and is telling him about Shera when Shera and his accomplice capture her.

Rajeev gets worried while Shera puts her in the car.

Rajeev leaves the house immediately and spots the car while it races past him and follows him in his car.

Shera realises that he is being followed and asks the driver to speed up.

Rajeev comes down and rescues Parineet while Shera and his accomplice are stuck by their seatbelt.

Afterwards, Shera and his accomplice attack Rajeev while Rajeev beats them to a pulp and runs away.

Shera calls his men and asks to intercept Rajeev's car.

Later, Rajeev comforts Pari while Pari looks at him with gratitude.

Just then they are surrounded by various goons who beat him badly while Pari tries to save him.

Shera holds Pari away while someone stabs Rajeev.

Watching this, Pari uses the brick to attack them and overtakes the knife.

Pari attacks everyone with the knife and scares them into retreat. She asks everyone for help in taking Rajeev to the hospital while everyone stares at them.

Pari tries to call Neeti and Parminder but nobody picks up the call.

After a while, some kind people helped Rajeev and Pari.

On the other hand, Rakesh calls Shera and gives him the location for bringing Pari there.

Shera tells him that he has failed him and explains to him the full story.

Rakesh asks him to make sure that Rajeev never gets back home alive and tells him that he is coming to Chandigarh to kill Rajeev.

Pari is trying to wake Rajeev when Parminder returns her miss calls and Pari tells her that Rajeev has been stabbed and asks her to come to the hospital.

© Copyright tellybest.com, 2020, 2021. All Rights Reserved. Unauthorized use and/or duplication of any material from tellybest.com without written permission is strictly prohibited.
Cached Saved on: Sunday 2nd of October 2022 06:58:04 AMCached Disp on: Friday 7th of October 2022 09:17:10 PM