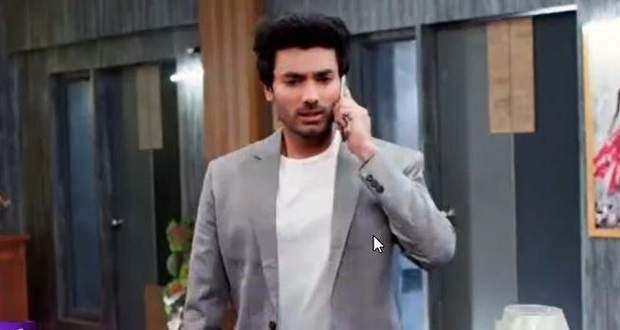 Today's Parineeti 11th June 2022 episode starts with Parineet informing Parminder about Rajeev's injury and she immediately leaves for the hospital.

Later, Pari reaches the hospital, and Rajeev is taken into emergency care.

Monty on the other hand walks into an empty house and realizes Rajeev is admitted to the hospital.

Neeti on the other hand feels lucky to have Parineet as she has completed all the preparations.

Sukhwinder asks Neeti if Sanju is fine as he received a call and left her house.

Parineet on the other hand cries uncontrollably while Parminder arrives and asks her about the incident.

Parminder is informed that Rajeev only has a 50% chance of survival and needs to undergo surgery.

Meanwhile, Rakesh informs Shera that he will be arriving through a helicopter and killing Rajeev then and there.

On the other hand, Neeti is informed by Monty that Sanju is in the hospital and Neeti runs to the hospital.

Parineet cries and prays to God while a new doctor arrives for the emergency surgery.

Further, the MLA denies giving a helicopter to Rakesh as he is misusing his assets.

Later, Monty regrets telling Neeti about Sanju's condition and informs her about someone who has stabbed Sanju.

The doctor informs Parineet that the surgery has been done but they need to take care of Rajeev.

Parineet seeks permission to go to the ICU but is denied entry and requests the doctor.

On being asked the reason the doctor informs that the two hours for Rajeev are critical and he can lose his life if not taken proper care of.

On hearing this, Parineet gets scared of her husband's life.

Parineet feels guilty as Rajeev was stabbed in the process of saving her.