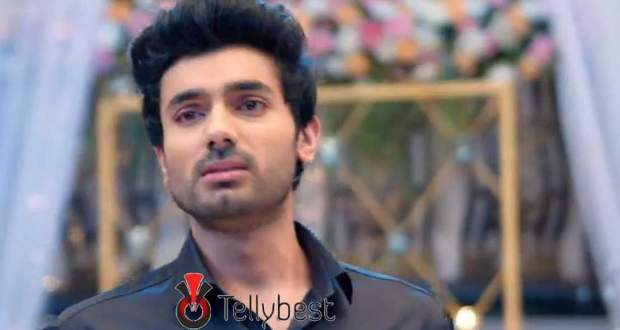 At the same time, Rakesh enters the room and accuses Shera of being useless as he cannot find Pari anywhere.

He then takes out Pari’s picture and starts admiring her creepily.

He even promises Pari that he will rescue her.

Meanwhile, in Rajeev’s house, Pari enters the washroom and collides with Rajeev.

However, Pari falls on Rajeev and they start laughing together.

Hearing the word anniversary, Simmy opposes the idea of celebrating as she thinks Taiji will never agree.

Chandrika who dislikes Simmy already taunts her by calling her “It is useless to cast pearls before swine”.

This statement makes Simmy angry but she stays silent.

She also urges him to talk to Pari as she can arrange the event perfectly.

When Rajeev goes to talk to Pari, he tells her in a serious voice that Taiji is angry with her for missing breakfast.

Hearing the apology, Rajeev laughs and informs her about Taiji’s marriage anniversary.

Thinking quickly, Pari suggests that they can recreate the wedding for Taiji and Tayaji.

Rajeev agrees with it and goes to ask Taiji about it with nervousness.

While Rajeev asks Taiji for permission for the wedding, Chandrika and her husband wait eagerly outside.

At first, Taiji refuses but when Tayaji announces that it is a brilliant idea, she also accepts.

Later seeing Taiji in her room, Pari is confirmed that she is here to scold her.

However, she gets surprised when Taiji praises her for thinking so much about her family.

She even tells Pari that she knows how much Pari loves Rajeev.

Afterward, while everyone is busy with the preparation, Rajeev gets a call from Neeti who urges him to go to Amritsar with her.

Rajeev tries to change her mind but Neeti is adamant.

After cutting the call, Rajeev goes to inform Monty about it as he thinks he can give him a solution.

At the same time, Pari also appears behind them.