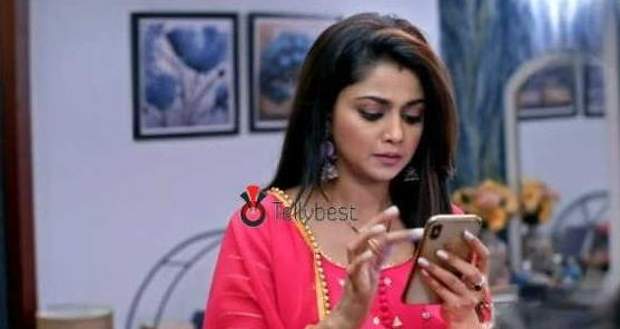 Today's Parineeti 13th August 2022 episode starts with Rajeev telling Monty that Neeti wants to go to Amritsar with him.

Before Monty can reply, he notices Pari behind Rajeev and signals him to stop.

Hearing the word Amritsar, confused Pari asks Rajeev why he has to go Amritsar.

Like always, Rajeev lies quickly that his boss is new in Punjab so she wants him to go with them.

Innocent Pari believes him and urges him to go.

However, when Rajeev replies that his boss wants him to go tomorrow, Pari looks at him with worriedness.

He then tells her that he will decline the offer after meeting her in the cafe.

At the same time, Chandrika urges everyone to gather in the living room.

After everyone gathers there, Mishika surprises them with her performance.

While everyone is busy dancing, Rajeev walks away without anyone noticing.

Later in the cafe, Sanju informs Neeti that he cannot go tomorrow due to excessive office work.

However, Neeti refuses to accept and continues urging Sanju to go.

This makes Sanju irritated and he snaps at Neeti for not understanding his situation.

Angry Sanju even tells her that if she continues acting like this then it will affect their relationship.

After Sanju leave, upset Neeti starts recalling the old memories of her and Sanju.

She thinks Sanju has changed and does not love her anymore.

While waiting for a cab, Neeti notices Rakesh in a car and gets worried for Pari.

Worried about Pari’s safety, Neeti quickly gets into a cab and starts following him.

She even tries to call Pari several times but Pari doesn’t pick up.

Elsewhere in Rajeev’s home, Pari informs everyone that she is going to the market to buy some items.

Hearing this, Taiji and Chandrika try to stop her but for Mehendi but she refuses to stay.

Once outside, she realizes that she doesn’t have her phone with her and goes back to the house to get it back.

In-home, Taiji urges Pari to put Mehandi on her hand first along with them.

At the same time, Monty requests everyone to play antakshree.

Rajeev tries to walk away but Taiji stops him by reminding him that this was his idea.

Outside, Shera informs Rakesh that this is Pari’s house but before Rakesh can enter Neeti arrives there.

Neeti orders him to stay away from Pari in a firm voice but Rakesh ignores her by calling her sister-in-law.

However, Neeti blackmails Rakesh that if he doesn’t run, she will destroy his image.

Realizing Neeti still has his video, Rakesh somehow controls himself.