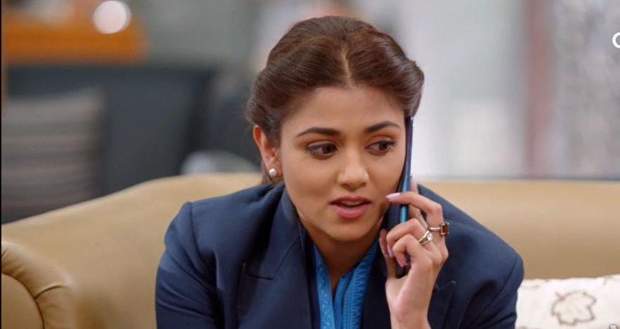 Today's Parineeti 13th May 2022 episode starts with Parminder getting angry after Chandrika claims her jewelry and calls Simmi to return it back.

Meanwhile, Neeti suspects some people on the road who were driving rashly and gets into an argument with them.

Later, Parminder returns Chandrika's jewelry and suggests that Parineet and Rajeev open a locker account to keep her jewelry safe.

After Gurpreet and Vikram leave for Barnala, Chandrika gets a scolding from Parminder on the price of the necklace she was blabbering about is not one-third of the total expenses Parminder gives her.

On the other hand, Vikram gets teary-eyed while leaving for Barnala as he misses Jaswant who used to glue his family together just like Parminder.

Mandeep is worried about losing her son Vikram to Gurpreet and thinks of ways to depart him from Pari and Gurpreet.

Meanwhile, Neeti crosses paths with Rajeev and the suspicious gang in the black car.

Further, Neeti and Sanju get into the car while Neeti follows the suspicious black car, Neeti memories their number plate and calls the police but failed to file a complaint.

After some time, Neeti drops Sanju near his house while Sanju picks up a flower from the ground to find an excuse.

Rajeev presents a red rose to Parineet and appreciates her for being there for her in every step of his life.

Later, Rajeev bends on one knee and expresses his gratitude to Pari for being in his life.

After some time, Rajeev and Parineet arrive at the bank while the suspicious gang in the black car arrives there as well.

A passerby sees guns falling from the gang's trunk and suspects them of doing something dangerous to the bank.

On the other hand, Parineet thanks Rajeev for loving her so dearly and giving her a rose.

Meanwhile, Rajeev receives a text message on his phone which gives him a frown on his forehead.