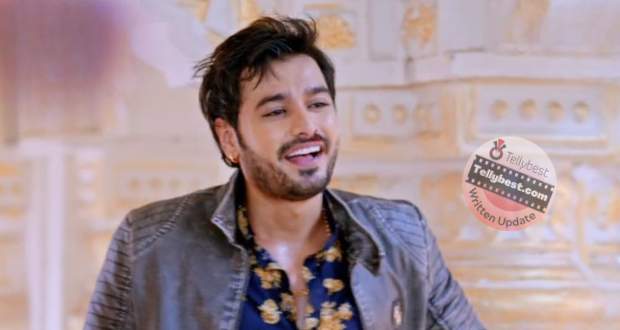 Today's Parineeti 15th December 2022 episode starts with Monty asking everyone how they will celebrate Biji’s birthday.

Biji announces she wants to do something different this year in a stern voice and when Pari urges Biji to celebrate, Biji informs her that she has already told Pari what she wants.

While Pari and Rajeev look visibly upset, Neet gets confused as she is unsure what wish only Pari can fulfill.

Biji even announces she wants to go to Pushkar with Pari to fulfill her wish and Pari agrees to go after the celebration.

Biji then tells everyone she wants to celebrate the Bollywood theme party but Tayaji comments they are too old for it.

This agitates Biji and she remarks she is not yet that old so she will dress up as an early Bollywood actress.

Later, in Rajeev’s room, Rajeev is sleeping turning his back on Neeti who is trying to melt his anger.

Neeti also promises Rajeev looking at him that from now on she will not interfere in Pari’s life while Rajeev sarcastically remarks Neeti said that last time too.

With puppy eyes, Neeti informs Rajeev that Pari is her best friend and also adds that she understands Rajeev’s point too.

Monty arrives there at the same time and questions Rajeev about whom he should invite to the party and when Rajeev orders him to do whatever he wants.

Neeti then suggests Monty invite Rajeev’s all friends and Monty walks away.

The next day, Pari walks to the hall looking like a princess in a blue salwar, and looking at her, two aunties whisper to each other that today Rajeev’s eye will stay on Pari only.

Meanwhile, seeing Gurinder in an old Bollywood villain attire, an aunty questions Gurinder whose family she wants to break today and Gurinder mutters with a fake smile that she is still Gurinder.

However, Gurinder walks away from there to call Rakesh after making sure no one is looking for her.

Afterward, in the call, Gurinder scolds Rakesh for not using the earlier chance clearly who in return reminds Gurinder that he is not paying her to talk rubbish.

Gurinder then orders Rakesh to come to Bajwa's house today to fulfill his wish as there is a party going on today with an evil smile.

Hearing this, an evil smile plays on Rakesh's face and he mutters if he gets caught he will take Gurinder down with him.

Before cutting the call, Gurinder suggests Rakesh disguise himself and Rakesh cuts the call.

After the call cuts, on one hand, Gurinder thinks now as Pari will be out of the picture she will get the property; on the other hand, Rakesh looks at Pari's picture thinking he will get his Pari now.

On the other hand, worried Rajeev reveals to Pari about Vishal's arrival and Pari questions him about who sent Vishal the invitation.

When Rajeev reveals Monty has done it, Pari yells at Rajeev for always making mistakes and walks away.